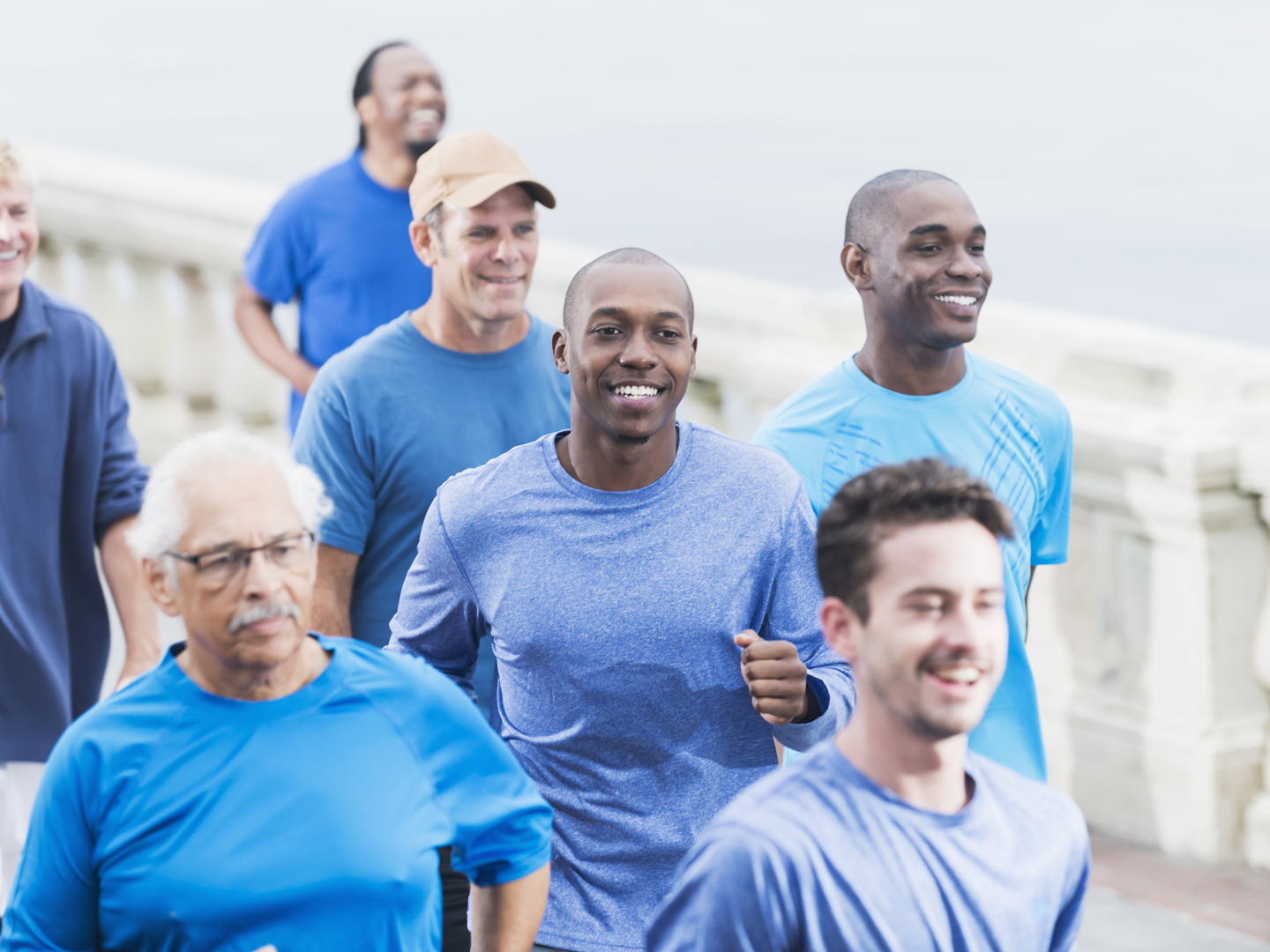 What is prostate cancer?

The prostate gland is found only in men. It is about the size of a walnut, and sits just below the bladder in front of the rectum. The urethra (the tube that carries urine from the bladder) runs through the prostate. The role of the prostate gland is to manufacture a fluid that is part of the semen (the fluid that contains sperm).
Prostate cancer is the second most common cause of cancer deaths among men. According to the American Cancer Society, an estimated 218,890 new cases will be diagnosed in the year 2007. The risk of developing prostate cancer increases significantly after the age of 65.

Prostate cancer is typically a slow-growing cancer. Many patients with prostate cancer live much longer than five years after diagnosis. In fact, almost 90 percent of men with prostate cancer live at least five years, and 63 percent survive more than 10 years. If the cancer is detected before it has spread to other organs, the five-year relative survival rate is 100 percent. However, if the cancer has spread to distant parts of the body, the five-year survival rate drops to 31 percent.

What are the causes of prostate cancer?

Scientists have estimated that lifestyle factors account for about 75 percent of advanced prostate cancer cases, and of all the environmental variables, diet appears to be the most influential. Like breast cancer, prostate cancer is particularly sensitive to factors that influence hormone levels.

Concern that vasectomy may increase the risk of prostate cancer stems from the conflicting results of a number of studies. The studies that started the controversy were published in 1993, and reported that men who underwent vasectomy had a very small – 1.5 percent – increase in risk. More recently, another large study compared 753 men with prostate cancer to 703 men who didn’t have the disease. After adjusting for age, race (African Americans have twice the risk of whites) and family history of the disease, they found that among those with prostate cancer 39.4 had vasectomies compared with 37.7 percent of those who didn’t have cancer. Such a small difference suggests that there really is no direct association between vasectomy and prostate cancer.

Who is likely to get it?

Although genetics unquestionably have some influence, diet and lifestyle also play a role. A healthy diet might help decrease the chances of developing prostate cancer, reduce the likelihood of recurrence, or aid in slowing the cancer’s growth.

Although checking PSA levels is not an ideal screening test, many cases of prostate cancer are discovered during routine blood work that reveals an elevated PSA level. In addition, a digital rectal exam can help detect irregularities in the prostate that signal the possibility of cancer. In both cases, physicians will recommend a biopsy to complete the diagnosis.

During a biopsy, needles are inserted through the rectum into the prostate to take tiny specimens of tissue. The biopsy procedure may cause some discomfort or pain, but the procedure is short, and can usually be done as an outpatient.

The Gleason grading system accounts for the differing patterns that prostate tumor cells may take in their changed appearance from normal cells. “One” characterizes cells that are very nearly normal, and 5 represents cells that do not appear at all like normal prostate cells. After examining the cells, the pathologist looking at the biopsy sample gives a Gleason grade to the most typically occurring pattern, and a second Gleason grade to the next most common pattern. The two grades are summed together and the Gleason score is found.

The Gleason score usually predicts the aggressiveness of the disease and how it will progress. The greater the Gleason score, the less the cells behave like normal cells, and the more likely the cancer is to spread.

Many tests can be used to detect the stage of disease. Locally advanced prostate cancer is generally diagnosed through CT scans, MRIs, or X-rays, or through more specific tests, like bone scans.

Metastatic disease can also be found through these imaging studies, and many times can be found in the lymph nodes, as cancers that move to more distant organs generally move through the lymph system. Lymph nodes can be removed in a biopsy or surgery and looked at more closely for the presence of cancer cells.

What is the conventional treatment of prostate cancer?

There is no one correct, conventional treatment for prostate cancer. The options to be considered will depend on the grade and stage of the disease, as well as the age of the patient. In some cases, the best treatment is to do nothing, as the disease may not ever progress outside of the prostate. Consultation with a urologist, a radiation oncologist and a medical oncologist will give the best assessment of the available treatments and likely outcomes.

What therapies does Dr. Weil recommend for prostate cancer?

How can prostate cancer be prevented?

Results of a study published in the May 27, 2004, issue of the New England Journal of Medicine showed that the blood test for prostate cancer misses about 15 percent of all cases, some of which are aggressive enough to be life-threatening. The test looks for a protein (prostate specific antigen, known as PSA) released by prostate cells when cancer is present and as the prostate enlarges. Until results of the study were published, a PSA count under four was believed to indicate that a man was disease-free; the higher the PSA count, the more likely the presence of cancer. The only reliable way to currently confirm or rule out cancer is with a biopsy.

Since the study demonstrated that some men with a PSA of “four” or lower may still have cancer, doctors are considering what to recommend. To be safe, some specialists say they will suggest biopsies to all men with a PSA above 2.5; others think there already are too many biopsies being performed, too much unreliable testing and needless treatment of prostate cancers that might never become life-threatening. While prostate cancer can be very aggressive, most tumors grow slowly and the risk of death is low – only three percent. What we need is a better test to distinguish between slow growing tumors that may not require treatment and fast-growing cancer that demands an aggressive approach.

Several methods have been suggested to improve the testing methods for prostate cancer and thus reduce the number of unnecessary biopsies. Adjusting the expected results for the age of the patient and size of the prostate as well as measuring PSA changes over time are some possibilities. Still, decisions on how to best handle early prostate cancer will remain clouded until better tests are developed and perfected.

In the meantime, make sure that you and your doctor are aware of your personal risks. The incidence of prostate cancer increases with age; the disease occurs most frequently among African-American men, those with a family history of the disease, and those whose diets are high in animal fat.

To reduce your risk, follow the supplement and lifestyle recommendations listed above.