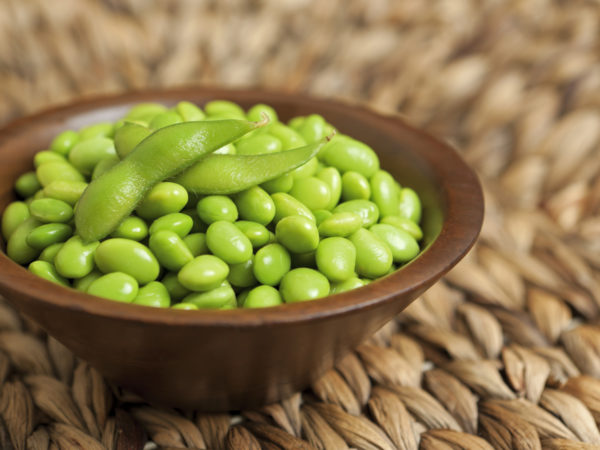 Menopause is a term that refers to the permanent end of menstruation, and is the result of ultimate decline of sex hormones (estrogen, progesterone and others) produced in the ovaries. Perimenopause marks the transitional period that leads up to menopause as those hormonal shifts begin to take place. It signals the natural and normal ending of one’s reproductive years, and encompasses the years leading up to menopause – anywhere from two to ten years – plus the first year after your final period. It typically begins in a woman’s late 40s but can start in the 30s as well. For some women, this time period can last only a few months, whereas in others it can last several years. The average length of time for perimenopause is about four years. Despite a decline in fertility during this time, women can still become pregnant, as ovulation continues irregularly.

What are perimenopause symptoms?

As hormone levels fluctuate widely and begin to decrease, a number of symptoms of perimenopause may start to emerge, although their presentation and severity varies greatly from woman to woman. The most common signs of perimenopause are hot flashes, difficulty sleeping, vaginal dryness, irritability, mood swings and headaches. As ovulation becomes erratic, menstrual irregularity can manifest as a change in the intervals between periods; blood flow, breast tenderness, and mood. Women may skip some periods or have menstrual cycles in which they do not ovulate.

When estrogen levels diminish, vaginal tissue begins to change, losing its elasticity and its ability to lubricate itself. Besides making intercourse uncomfortable, this can also predispose one to increased infections of the vagina and bladder. Loss of muscle tone may contribute to urinary urgency or leakage when coughing or sneezing. Sexual arousal and desire may change during this time as estrogen levels decrease. A woman may also begin to lose more bone mass than can be replaced – a situation that occurs faster in women who don’t exercise. Finally, cholesterol changes in the blood begin to manifest as the protective effects of estrogen are diminished. “Good” cholesterol – high density lipoprotein (HDL) – decreases and “bad” cholesterol – low density lipoprotein (LDL) increases, raising the risk of heart disease.

Although irregular periods are normal during perimenopause, other conditions can cause abnormalities in menstrual blood flow such as fibroids, blood clotting problems, pregnancy, abnormal hormonal imbalances, birth control pills and on rare occasions, cancer. A doctor should be notified if periods become abnormally heavy with the passing of blood clots; if they become longer than usual by several days; if there is spotting between periods or after intercourse and if periods occur less than 21 days apart.

The normal age-related changes in production of estrogen and progesterone are the root cause of perimenopausal symptoms. However, there is evidence to suggest that some factors may increase the risk of entering into this state prematurely. For instance, women with a family history of early menopause tend to follow their mothers and sisters. In addition, studies demonstrate that women who smoke experience menopause about one to two years earlier than their nonsmoking counterparts. Research also suggests that never having been pregnant may prompt earlier menopausal symptoms, as may undergoing chemotherapy or radiation for the treatment of cancers in childhood.

For most women, the heralding of menopause is obvious, and often your doctor can make the diagnosis based on symptoms alone. Blood tests to check hormone levels may be difficult to evaluate due to fluctuations during this time, and performing serial tests at different times may be a better way to judge one’s status. Once ovaries have completely shut down,  FSH (follicle stimulating hormone) levels will be consistently higher than normal. A PAP smear taken at this time should also show thinning and drying of vaginal tissue.

Women can often experience relief from uncomfortable hot flashes with low-dose oral contraceptives taken for a short period of time (six to 12 months). Other conventional options that may control hot flashes include estrogen patches placed on the skin, vaginal rings, and progesterone injections or a progestin-containing intrauterine device (which is sometimes prescribed for women with heavy bleeding during perimenopause). Certain women at increased risk for blood clots or heart disease should not take hormonal replacement therapy.

Endometrial ablation is sometimes used as a treatment for the heavy bleeding some women experience during perimenopause. During the procedure, the lining of the uterus (endometrium) is destroyed using a laser, electrical energy or heat, which effectively reduces menstrual flow or ends menstruation. This procedure is usually reserved for bleeding that is profuse, causing fatigue due to anemia or associated with severe discomfort.

What therapies does Dr. Weil recommend for perimenopause?

Mental attitude has a lot to do with how well a woman adjusts to the changes surrounding menopause. If perimenopause is seen as the beginning of the end of youth, fertility and sexuality, it can cause significant disruptions in one’s day-to-day life, and create the temptation to “solve” the problem with unproven therapies that promise eternal youth. However, if the stages of menopause are seen as simply the natural transition to the next phase of life, they can be readily accepted and more easily handled.

The risks and benefits of estrogen replacement therapy should be carefully considered. Keep in mind that perimenopause and menopause are in no sense diseases – although there are associated medical conditions, the human body has evolved to go through this natural transition without any need for medical intervention. Following an anti-inflammatory diet, getting adequate aerobic exercise, and practicing stress reduction techniques can help address the many practical problems of perimenopause.

Taking a quality multivitamin-mineral formula with vitamin D and getting adequate calcium is important for maintaining bone strength. It is also vital to take part in weight-bearing exercise in addition to aerobics.

There is no reason for perimenopause to decrease interest in or enjoyment of sex. Vaginal dryness can make intercourse more difficult, however, over-the-counter vaginal lubricants can help.

Try the following natural remedies and herbs for management of perimenopausal symptoms: