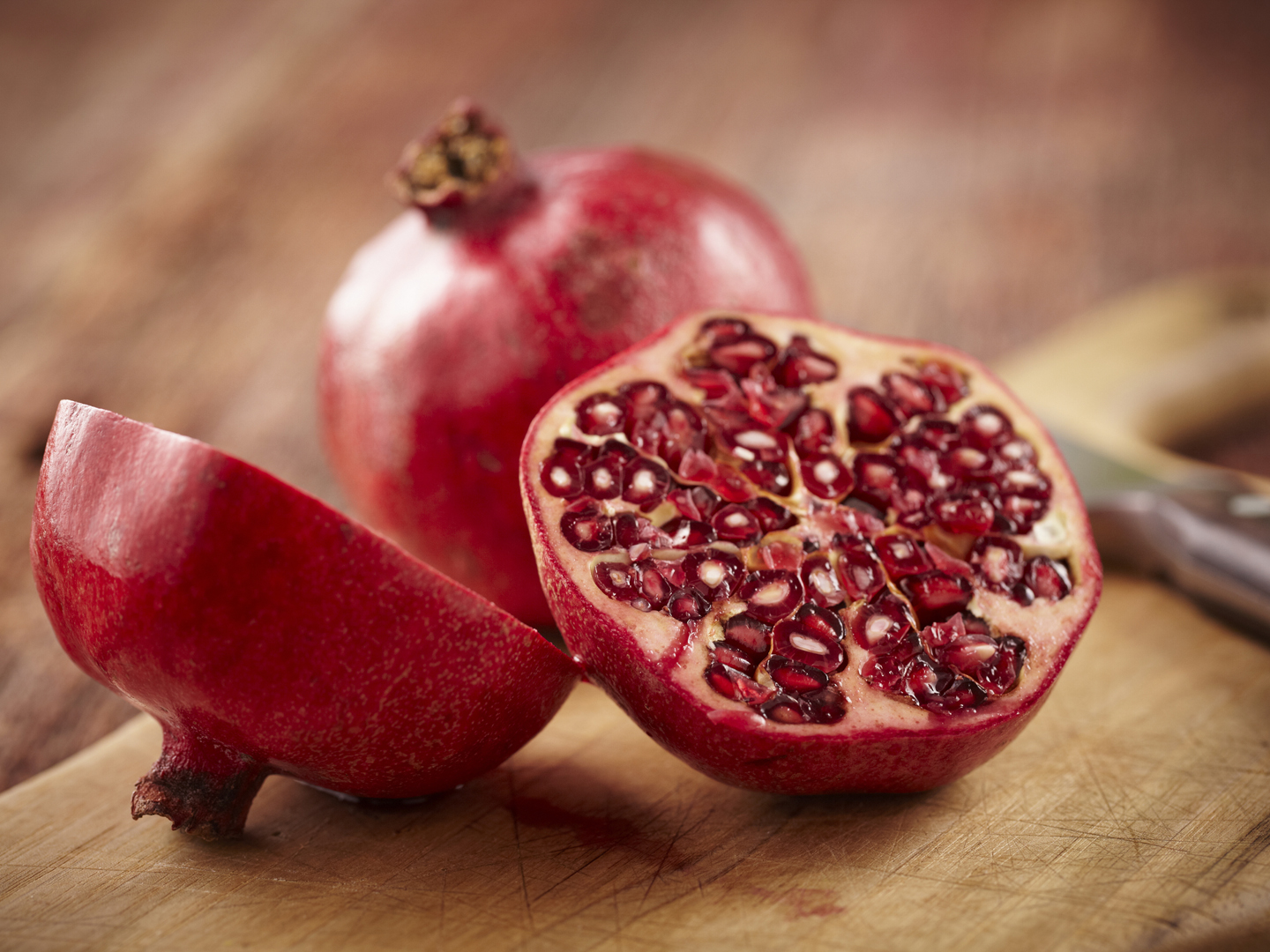 First, a bit of background: in 2006, I discussed several studies suggesting that pomegranate juice may aid in the treatment and prevention of prostate cancer. Since that time, additional research performed in the lab and with patients indicates that it may also have an important role to play in treating a number of other diseases. It appears the juice has a lot to offer. It has anti-inflammatory activity and is rich in antioxidants. It contains some of the same beneficial polyphenols found in tea, as well as isoflavones found in soy, plus ellagic acid, which is found in berries and is believed to stimulate cancer cell death. At this writing, there are at least 12 ongoing clinical trials looking into the potential benefits of pomegranate juice or extract for diseases ranging from prostate cancer to diabetes, heart disease and lymphoma to colds and flu.

In recent years, laboratory studies have shown that extracts of pomegranate fruit, rind, and oil slow the reproduction of cancer cells and may help reduce blood supply to tumors, causing them to shrink.

In human cancer trials however, the data are conflicting. The latest report, from a study at Johns Hopkins, suggests that taking pomegranate extract can help some prostate cancer patients by slowing the time it takes for levels of prostate specific antigen (PSA) to double. Doctors monitor PSA levels for cancer recurrence after treatment with surgery or radiation. If PSA stays low or remains undetectable, it indicates the cancer is stable or has been eradicated, while rising levels suggest a recurrence of the disease. In the Johns Hopkins study, taking the extract seemed to increase the amount of time it took for PSA levels to rise in some men. The study also found that PSA declined in 13 percent of the participants. However, in 35 to 40 percent of the men, the PSA levels appeared to rise faster, which is cause for concern. This study did not include a control group, so we don’t know what would have happened to comparable patients on a placebo instead of the pomegranate extract.

An earlier study at UCLA followed 15 men who had surgery or radiation for prostate cancer. These participants drank eight ounces of pomegranate juice every day for five years. Over that period, the time it took for their PSA levels to double went from 15 months to 54 months.

Animal studies looking at the effect of pomegranate juice on risks of heart disease have found that it slowed the growth of plaque formation in mice with atherosclerosis and in some small studies also appeared to improve blood flow and prevent arteries from becoming thick and stiff, but these findings remain to be confirmed. Similarly, preliminary reports that drinking pomegranate juice daily can lower systolic blood pressure (the top number) require more study.

Another avenue of research suggests that pomegranate juice may someday have a role in the treatment and prevention of osteoarthritis; the flavonols (antioxidants) it contains may counteract inflammation that destroys cartilage.

Stay tuned on this subject. I’ll keep you posted on progress.