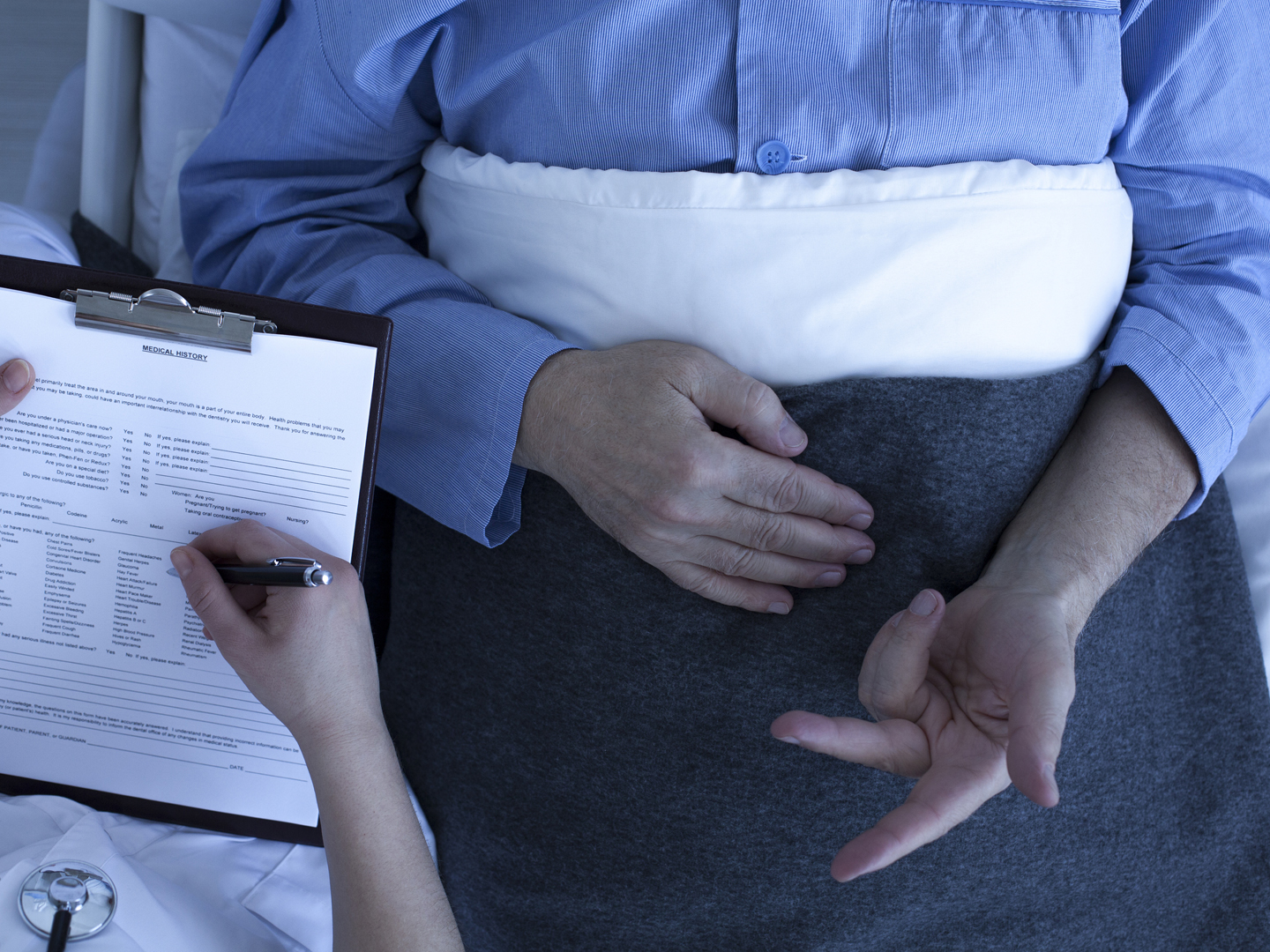 Your question speaks directly to an issue that modern medicine struggles with: how to treat prostate cancer in a relatively young man. Many of these cancers will remain confined to the prostate and never cause trouble, but others will advance and can metastasize. In general, prostate cancer in younger men is more aggressive than prostate cancer in older men. The problem is that we still do not have a reliable way to predict the behavior of these tumors in order to select the best treatment. Men over the age of 60 often opt for less invasive therapies like radiation that can stall the cancer. For most younger men the choice comes down to “watchful waiting,” where nothing invasive is done and PSA levels are closely followed, or radical prostatectomy, which involves the removal of the entire gland along with the seminal vesicles and adjacent tissue and, often, the pelvic lymph nodes.

The main risk of watchful waiting, in addition to the stress of vigilant monitoring, is that you might miss the window to treat an aggressive cancer. The complications of prostatectomy include erectile dysfunction (ED) resulting from surgical injury to nerves and urinary incontinence (usually temporary). If you decide on surgery, you’re likely to have fewer complications if you chose an experienced surgeon who routinely performs the operation.

If you want to avoid surgery, but are uncomfortable about waiting to see if your cancer becomes aggressive, you might consider a relatively new outpatient procedure that appears to work as well as prostatectomy and has fewer side effects. Called high-intensity focused ultrasound (HIFU), it uses focused ultrasound waves to heat and destroy cancer cells. Developed in Germany and widely used in Europe, HIFU is currently being studied in FDA-sponsored clinical trials in the United States. It was approved by Health Canada in 2003 and is available there see http://www.hifu.ca).

According to four studies published in 2003 and 2004 in the Journal of Urology and Urology, 80 to 94 percent of men treated with HIFU remained free of cancer for up to seven years. More recently, Canadian researchers found that 89 percent of 123 low-risk patients treated since 2005 showed no signs of prostate cancer anywhere from three to 30 months later. Low risk means that the men had no cancer symptoms. Their disease was found because of an elevated Prostate Specific Antigen (PSA) blood test or because of tumors suspected on digital rectal exam.

Of course, with any type of cancer, we want to see how patients do long term; that is, five to 10 years after treatment. Dr. William Orovan, a urological surgeon who is one of the primary investigators of HIFU in Canada, reports that disease-free HIFU survival rates in Europe are in the low 70s (percent) up to seven years after treatment. But he noted that these results were achieved with first- and second-generation equipment, not the more advanced machines used and approved in Canada. He expects the 89 percent disease-free rate seen at his center to be long-lasting.

HIFU is done under anesthesia and takes one to three hours. Afterward, you’ll have a urinary catheter for about two weeks and will have to take antibiotics while the catheter is in place to prevent infection.

Of the 347 patients (including the 123 mentioned above) treated in Canada, few reported long-term side effects. Dr. Orovan told me that fewer than 10 had incontinence lasting beyond three months after treatment. Erectile dysfunction (ED) is another side effect, but it is hard to pin down how often it occurs or how long it lasts. One reason is that there’s no objective test for ED. In addition, other medical problems such as high blood pressure and diabetes can contribute to ED. Age can be a factor, too, as can any ED that was present prior to treatment. However, Dr. Orovan estimated that among men with healthy erectile function before treatment, ED is reported in less than 15 percent when a nerve-sparing approach is used, and that overall rates of ED after HIFU will turn out to be lower than they are after surgery or radiation “but not perfect.” Side effects are more common among men who have HIFU after previous surgery or radiation for prostate cancer than they are among men who have HIFU as their first treatment.

Because HIFU is still being studied by the FDA, insurance won’t cover the cost. If you are considering HIFU and traveling to Canada is not an option, you might try seeking enrollment in one of the FDA trials being conducted in the U.S. (For more details, including study locations, go to clinicaltrials.govand search by the identifier NCT00295802, then call 866-650-4466 if you are interested in enrolling.)