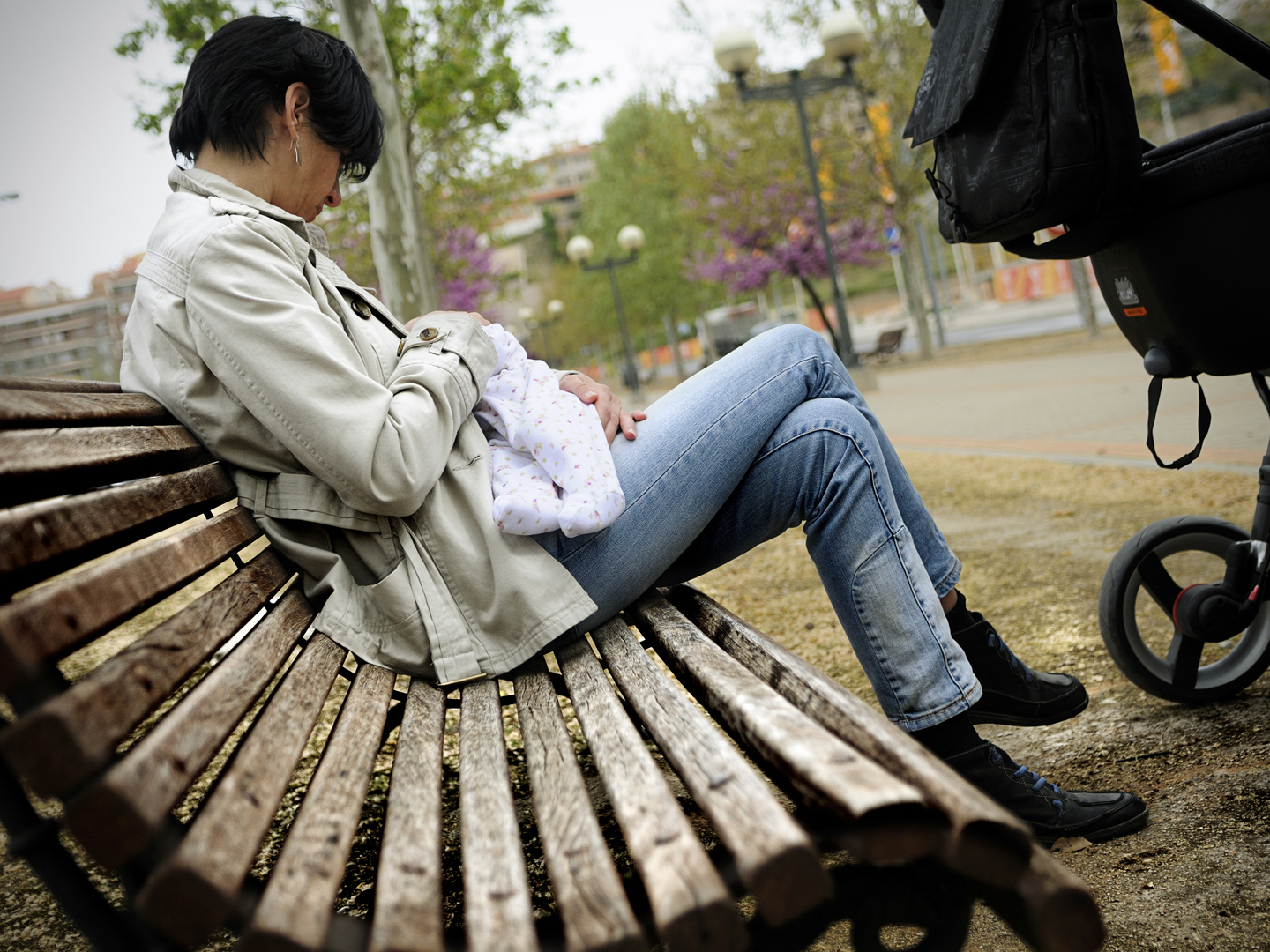 Breast milk is the best food you can give your baby during the first year of life. Breast milk provides all an infant’s nutritional needs and transfers from mother to baby antibodies that protect against a long list of infectious diseases. Over time, breastfed babies are less likely to develop such chronic conditions as diabetes, high cholesterol, asthma, and allergies. And breastfed babies are less likely to become overweight children than their bottle-fed counterparts.

The American Academy of Pediatrics recommends breastfeeding infants for at least the first year of life and, after that, for as long as is “mutually desirable.” La Leche League International maintains that the health benefits to babies will continue as long as they are breastfed.

My feeling is that you should continue to breastfeed for as long as you (and your child) feel comfortable. You can begin to introduce solid foods at six months, but if you stop breastfeeding before your baby’s first birthday, be sure to switch to formula, not cow’s milk. Children younger than one year old should not be given cow’s milk; they can’t process the proteins. And if there is a family history of allergy, autoimmunity, eczema, asthma, bronchitis, or chronic sinusitis, I strongly recommend holding off on cow’s milk until at least two years of age. I never gave my daughter cow’s milk. Instead, she drank soy milk and rice milk. But note that milk substitutes made from rice, oats, or potatoes don’t provide protein, so your baby will need an alternate source.

The latest development in formula has been the addition of two fatty acids found in breast milk: docosahexaenoic acid (DHA) and arachidonic acid (AA), both supplied to the fetus during pregnancy through the placenta. Babies who are breastfed continue to receive these two essential nutrients (especially when mothers eat a diet rich in omega-3 fatty acids). Some research suggests that DHA and AA are correlated with higher IQ scores and that deficiencies may be linked to slow growth, skin problems, and poor visual development. While formulas supplemented with DHA and AA are relatively new in the United States, they’ve been available in Europe for years.

Here’s an additional factor to consider: it appears that the more babies a woman has and the longer she nurses them, the lower her risk of breast cancer. A study published in the July 20, 2002, issue of The Lancet showed that if women in developed countries had the same number of babies and breastfed them for as long as women in less developed countries, the risk of breast cancer would drop by more than half. Almost two thirds of the reduced risk would stem from breastfeeding alone.

We’ve known for a long time that breast feeding is good for babies. Now we know that it’s good for mothers, as well.