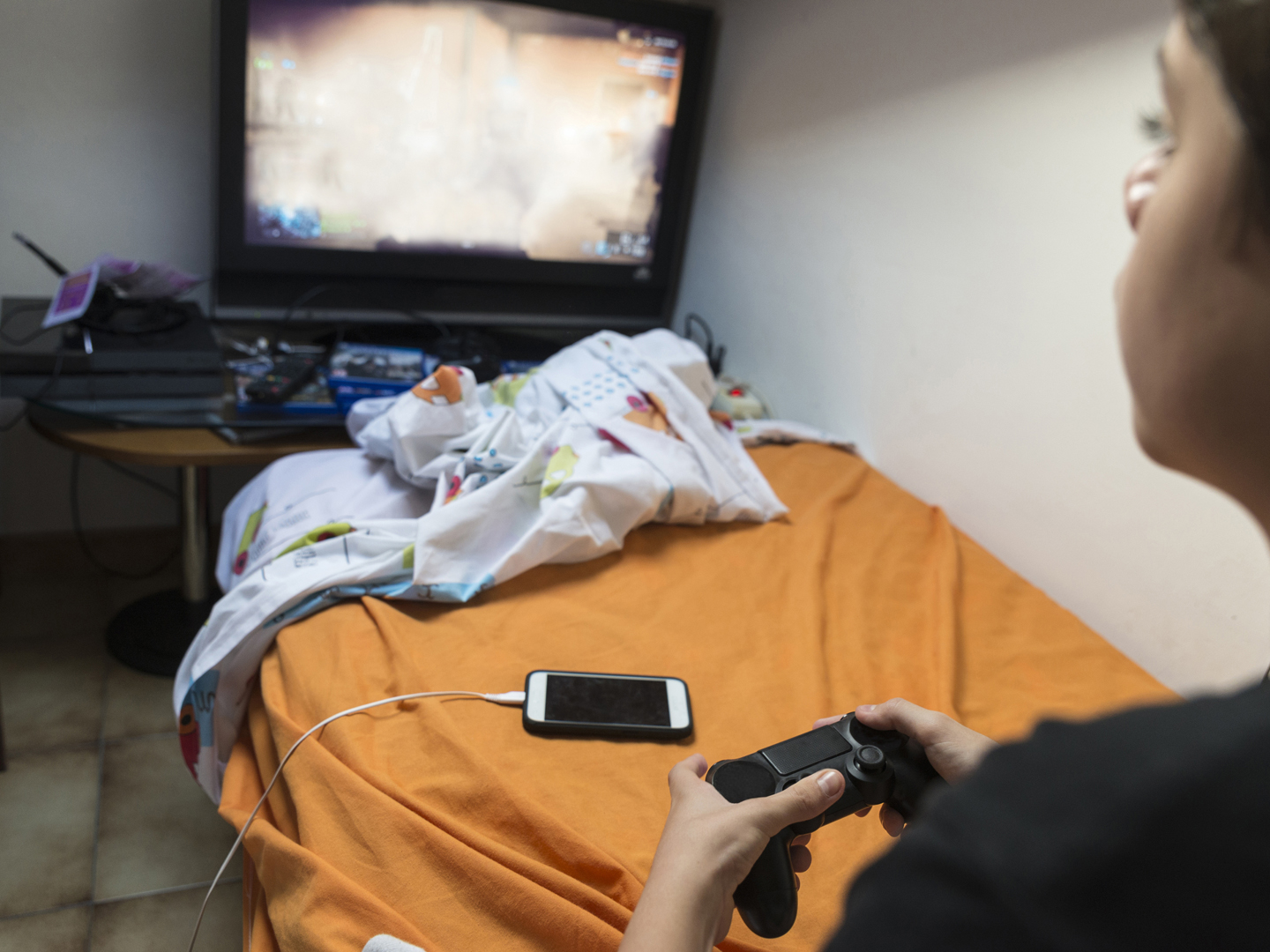 I don’t think so. The number of kids in the U.S. who have television sets in their bedrooms is shocking – reportedly, 70 percent. Overall, kids age eight to 18 spend 4.5 hours per day watching television.

The latest research on this subject supports your instinct that bedroom TV is unhealthy for kids. Between 2011 and 2012, investigators at the Pennington Biomedical Research Center in Baton Rouge, La., analyzed data collected in 2010 and 2011 from 369 children and adolescents ages five to 18 for waist circumference, resting blood pressure, fasting triglycerides, HDL cholesterol, blood glucose, fat mass, and stomach fat. They then correlated these physical attributes with the children’s social histories. Results showed that children with TVs in their bedrooms were fatter and had a greater waist circumference compared to kids without bedroom TVs. The youngsters with bedroom TVs, as well as those in the study who watched television for more than two hours a day, had 2.5 times the odds of having the highest levels of fat mass.

The Pennington study also found that watching five or more hours of television daily was associated with two times the odds of being in the top quartile for visceral fat located deep in the abdomen surrounding internal organs. This type of fat is associated with higher risks of diabetes, cardiovascular disease and certain types of cancer. Kids with television sets in their bedrooms had three times the normal risks of diabetes and cardiovascular disease. The researchers also observed that having a bedroom TV correlates with less sleep and fewer regular family meals, both of which are associated with weight gain and obesity. The study was published in the January 2013 issue of the American Journal of Preventive Medicine.

I discussed this subject with Sanford Newmark, M.D., head of the Pediatric Integrative Neurodevelopmental Program at the Osher Center for Integrative Medicine at the University of California, San Francisco. Dr. Newmark says that putting a TV in a child’s bedroom is a bad idea for a number of reasons. “The most important one is that you are unable to monitor what the child is watching and how much he or she is watching,” he explains.  Dr. Newmark notes that the overall exposure of children to electronics is already much too high. “Having a television in the bedroom just increases this exposure. It also decreases possible time that a family can watch a television show or movie together, hopefully a stimulus for some useful discussion and positive social interaction.” Dr. Newmark advises holding your ground and keeping the TV out of your son’s bedroom. So do I.