We dealt with this issue at the First Annual Conference on Nutrition & Health sponsored by the Arizona Center for Integrative Medicine and Columbia University in March 2004. Our faculty experts agreed that the sale of fast food in schools is a particularly alarming trend that can only worsen the epidemic of obesity in the United States. Several forces are fueling the trend. First of all, many American schools are hard-up for cash. Allowing companies to install vending machines or, worse, actual fast-food operations in schools, provides revenue to school districts. Not surprisingly, the availability of mass-market fast food in schools is popular with kids, which is a rationale school officials use to justify decisions to sell it. (To make matters worse, budgetary constraints have forced many schools to curtail physical education programs so kids don’t get a chance to work off the excess calories they consume.)

A recent nationwide survey organized by the Washington-based Center for Science in the Public Interest (CSPI) found that 75 percent of drinks and 85 percent of snacks sold in schools are of poor nutritional value. The survey included 1,420 vending machines in 251 schools. An earlier (1999) California survey showed that 53 percent of school districts reporting said that their high schools sold food from nationally known fast-food chains. According to a 1996 U.S. General Accounting Office report, 13 percent of public schools nationwide that took part in the national school lunch program also sold brand-name fast foods. And that was eight years ago.

Don’t look for government action to solve the problem. A move to permit the federal government to develop model nutritional guidelines for foods sold in vending machines and elsewhere in schools was recently defeated in the Senate Agriculture Committee. Senator Tom Harkin (D-Iowa) does plan to introduce an amendment to the current child nutrition legislation that would encourage school districts to develop nutrition and physical activity policies to combat the obesity epidemic. Unfortunately, the child nutrition legislation already passed by the House of Representatives would do little to eliminate junk food in schools.

However, there are some hopeful signs at the local level. The Los Angeles schools have banned on-site sales of soft drinks, and the McComb, Miss., schools now sell only water and 100-percent fruit juice in vending machines with no loss in revenue after switching from sugar-laden soft drinks to healthier options (although fruit juices can be just as calorie-dense as soft drinks).

In March, participants in the Conference on Nutrition & Health issued "A Call to Action" that addresses the causes of the obesity epidemic. It looked toward "a new generation of fast-food restaurants with healthy offerings, modification of snack and convenience foods to conform to current nutritional guidelines, and portion downsizing." Parents who want to fight the incursion of fast foods into schools, have to unite to exert political pressure at the local, state and national levels. To get started you might want to take a look at CSPI’s School Foods Tool Kit, a manual for parents, at www.cspinet.org/schoolfood. Best of luck. This is a good cause that can only benefit the health of children throughout the country. 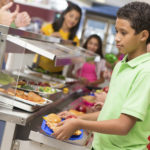 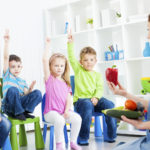