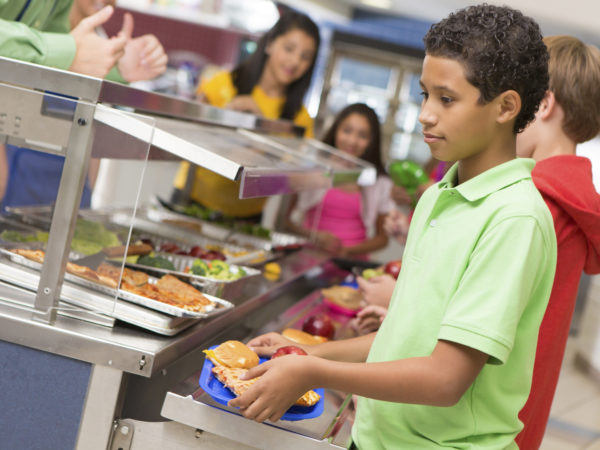 This issue came up two years ago when Congress reversed an earlier ban on the use of irradiated food in school lunches, via language inserted in the 2002 Farm Bill. Last year, the U.S. Department of Agriculture, which runs the National School Lunch Program, notified schools that they could purchase irradiated ground beef after the first of this year. There’s no requirement to use the irradiated meat – local school officials must decide whether or not to buy it for their school lunches.

Consumers in general have been leery about the use of irradiated food since it first became available, and so far, there has been no big rush to serve irradiated meat in our nation’s schools. The Los Angeles school board has banned its use in that city’s schools, and The New York Times reported this past October (2003) that few schools nationwide have plans to use irradiated meat. Apart from the health controversy, which I’ll describe below, irradiated beef costs 13 to 20 cents more per pound than regular beef, a big consideration in some school districts, according to the Times article.

Food is irradiated to reduce the danger of contamination with bacteria such as E. coli 0157:H7 and listeria, a legitimate concern because this kind of food poisoning can be very serious, even fatal. According to the U.S. General Accounting Office there were 195 outbreaks of food poisoning in schools during the 1990s. However, opponents of food irradiation aren’t satisfied that the technique is safe, and question whether long-term effects might include genetic damage and cancer, as some data from animal studies have suggested. There is also evidence that irradiation destroys some vitamins in food and creates dangerous trans-fatty acids in meat.

If you oppose purchasing irradiated meat for use in lunches served in your children’s schools, make your voice heard at school board discussions of the issue or contact Public Citizen (www.citizen.org) the national non-profit public interest organization for information about its Stop Food Irradiation campaign.