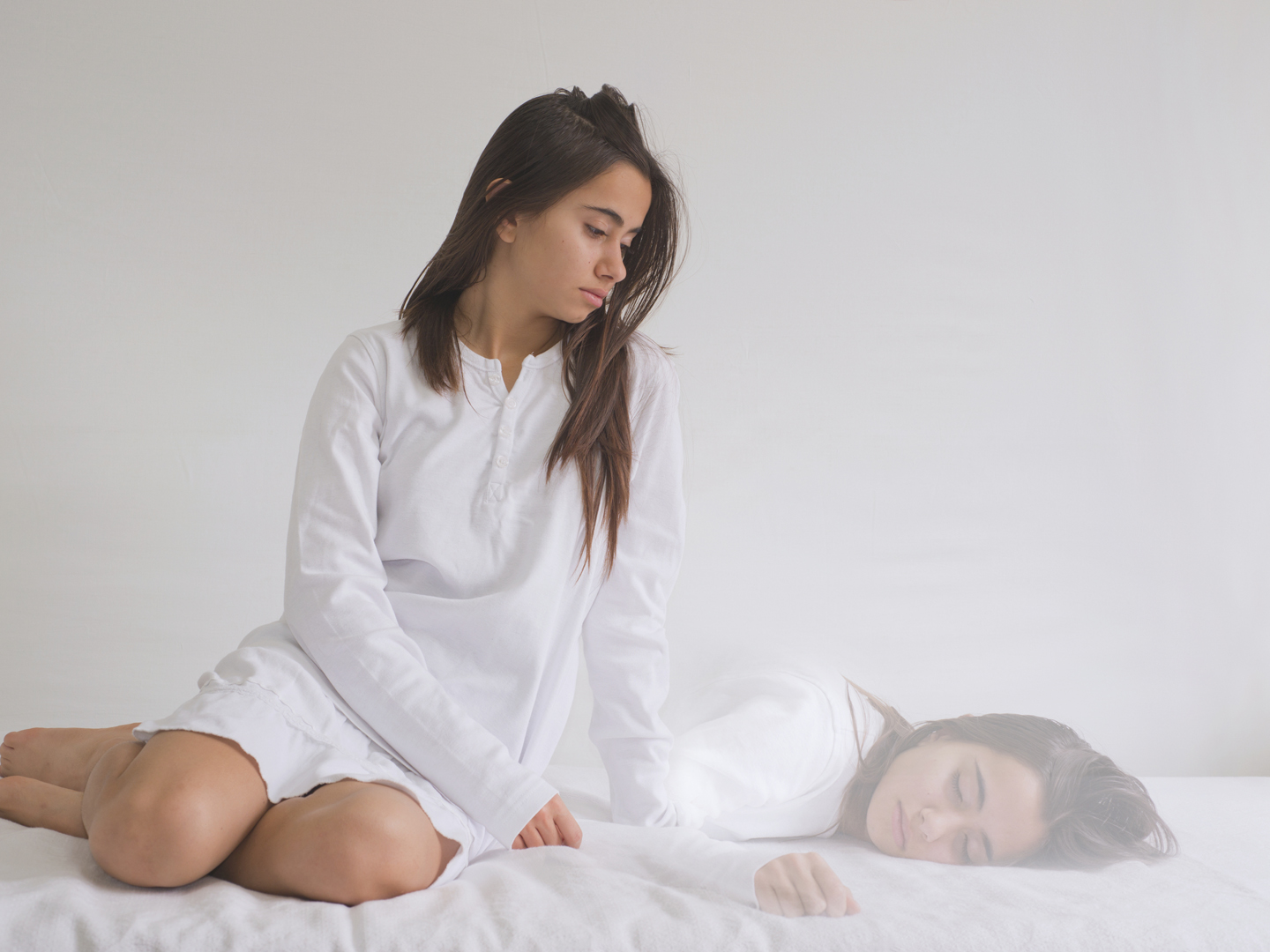 Sleep paralysis is an interesting and apparently widespread phenomenon. The experience is usually like the one you’ve described: you wake up hyper-aware that you’re in danger. You can open your eyes, but you’re paralyzed and can’t scream or get up and run away. It is as if you’re in your personal production of a horror movie – a waking nightmare that you can’t escape.

There hasn’t been a lot of research on sleep paralysis, but a British study published in the August 2009 issue of The Psychologist defined it as “a period of transient consciously experienced paralysis” that occurs either when you’re just going to sleep or just waking up. The researchers, from the University of London, found that while estimates vary, up to 50 percent of the population experiences sleep paralysis in one form or another at least once a lifetime, and some people experience it far more often than that. I’ve had it twice; I was sure that I was awake and in imminent danger, once from an arm that was about to seize my throat.

The British researchers found that sleep paralysis is fairly common among individuals suffering from narcolepsy. The investigators also reported that other predisposing factors include shift work, jet lag, irregular sleep habits and sleep deprivation. Another research team, from Penn State and the University of Pennsylvania, reviewed published medical reports and found that sleep paralysis is most common among students (28 percent of those in the studies reviewed) and psychiatric patients (32 percent).

The cause of these episodes appears to be associated with entering or emerging from REM (rapid eye movement) sleep. While in this phase of sleep, you are unconscious, you may be dreaming and your eyes are moving, but your muscles are deeply relaxed. (The medical term for this is atonia, meaning a lack of normal muscle tension.) If you become conscious during this phase of sleep, your muscles aren’t in working order so you can’t move or talk, at least not immediately, and your dream may seem like a waking nightmare.

Fortunately, for most people sleep paralysis is a once or twice in a lifetime event. You don’t need any treatment, because it is unlikely that you’ll re-experience it. However, just in case, the British researchers advise that you may be able to avoid further episodes by sticking to a regular sleep schedule – going to bed and getting up at the same time every day. They also report that some individuals who suffer from repeated instances of sleep paralysis have said that moving a minor muscle – in the eyes, fingers or toes – can help them snap out of the paralysis. Additionally, if you are able to make a small sound in your throat to alert a bed partner, he or she can break the state simply by touching you.