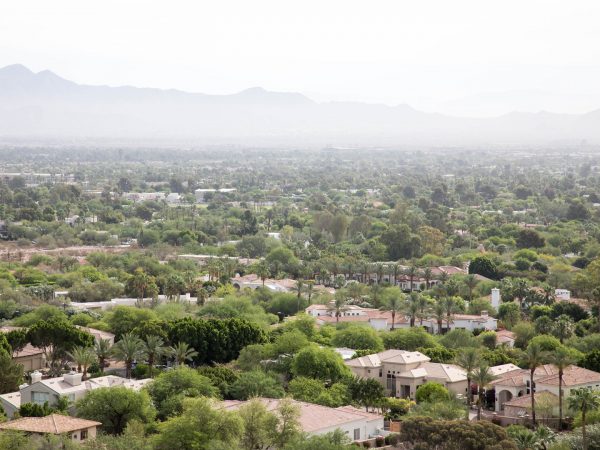 Results of a study published in August 2019 showed that even people who never smoked can develop emphysema as a result of long-term exposure to air pollution. Emphysema is a progressive disease that damages the small air sacs in the lungs, causing them to lose their elasticity. As a result, air gets trapped in the sacs making it difficult to exhale and leading to shortness of breath. Cigarette smoking is by far the most common risk factor, but exposure to secondhand smoke, chemical fumes, indoor and – as the new study shows – outdoor air pollution also can be to blame.

The study determined that ozone levels in some major U.S. cities have been increasing, due in part to climate change. Researchers at the University of Washington, Columbia University and the University at Buffalo followed 7,071 people in six U.S. cities – Chicago, Los Angeles, Baltimore, St. Paul, MN, New York City and Winston-Salem, NC for up to 18 years. Results showed that long-term exposure to higher than average concentrations of ground-level ozone and other air pollutants led to lung changes similar to those that occur among smokers.

Study author Joel Kaufman M.D., a physician and epidemiologist, said his team found that “an increase of about three ppb (of ground level ozone) outside your home was equivalent to smoking a pack of cigarettes a day for 29 years.” The researchers measured levels of pollution in the participants’ communities and found that, in general, participants were exposed to annual average concentrations of between 10 and 25 parts per billion of ground-level ozone outside their homes.

Each participant had up to five CT scans over as many as 18 years to view lung changes that could signal the development of symptoms. Exposure to the same levels of pollution seen in the study can occur all over the U.S., although concentrations can vary from day to day, season to season and year to year.

The researchers noted that chronic lower respiratory disease is the fourth leading cause of death in the United States and the third leading cause of death world-wide. Most of these deaths are due to Chronic Obstructive Pulmonary Disease (COPD) and pulmonary emphysema. The main symptom of emphysema is shortness of breath that typically worsens as the disease progresses. Other symptoms can include a chronic cough that typically occurs in the morning after waking, decreased appetite and weight loss, decreased tolerance for exercise and fatigue.

To protect yourself try to avoid exposure to air pollution. Stay indoors when ozone and other pollutant levels are high. When indoors, however, avoid secondhand smoke, smoke from wood-burning appliances and any other sources of air pollution. You can learn more about my recommendations for dealing with emphysema here.

Using A Salt Pipe For COPD?