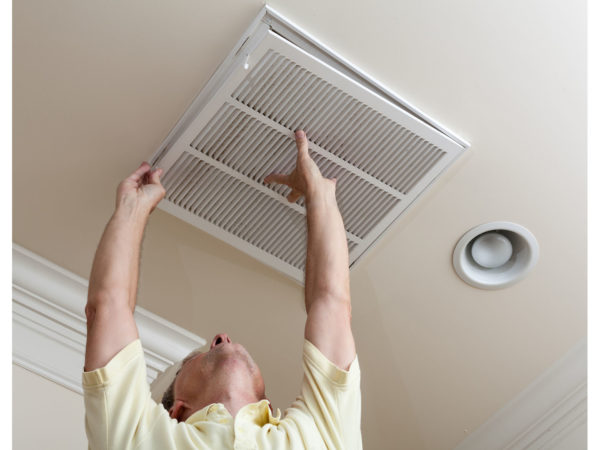 Smog is a word coined in 1905 to describe “smoky fog,” an air pollution problem notable even then in the world’s large cities. At the time, the term was used to characterize London’s “pea soup” smoke-fogs stemming from the use of large amounts of coal for heating. The problem persisted in that city until the middle of the 20th century.

Today, the U.S. Environmental Protection Agency (EPA) uses the term smog to refer to ozone formed near ground level when pollutants released by refineries, synthetics manufacturing plants, cars, industrial boilers and other sources react chemically in the presence of sunlight.

According to the EPA, one out of every three people in the United States is at higher-than-normal risk of experiencing ozone-related health effects. These include reduced lung function, which makes it harder to take a full breath and then exhale normally, and makes breathing uncomfortable when you’re exercising or working outdoors. Ozone can also irritate the respiratory system, causing you to cough and feel throat soreness and chest discomfort.

Ozone may additionally aggravate asthma by sensitizing people to the allergens that set off their attacks. And it can inflame and damage the lining of the lung. While the body repairs this quickly, when it happens repeatedly some permanent damage may occur. Ozone can also aggravate chronic lung diseases such as emphysema and bronchitis.

People who are most sensitive to ozone are children who spend a lot of time outdoors in the summer, particularly those who already have asthma; healthy adults who work out of doors; people who have reactive airway disease or other respiratory disorders; and those who have a heightened sensitivity to ozone (for reasons we don’t yet understand). According to the EPA, ozone damage also can occur without any noticeable signs.

The best way to protect your health is to stay attuned to reports on air quality in your area. The EPA’s Air Quality Index can help you track local air pollution through newspaper and radio and television weather reports where you live. When air quality levels are described as “unhealthy” or “very unhealthy,” anyone, sensitive or not, might feel respiratory effects. Ozone levels usually are lowest in the early morning and evening, so you might consider planning outdoor activities then.

If you have allergies to pollen, dust or other particulates, live with smokers or in a smoggy urban area, I recommend using HEPA (high-efficiency particulate air) filters to help reduce your personal exposure to air pollutants. These devices work by forcing air through screens containing microscopic pores, which remove all airborne particles above a very small size. Over the years, I’ve found that HEPA filters work very well; many affordable models are available.

Source:
Environmental Protection Agency. “Smog: Who Does It Hurt? What You Need to Know,” http://www.epa.gov/airquality/ozonepollution/pdfs/smog.pdf, accessed April 4, 2014.