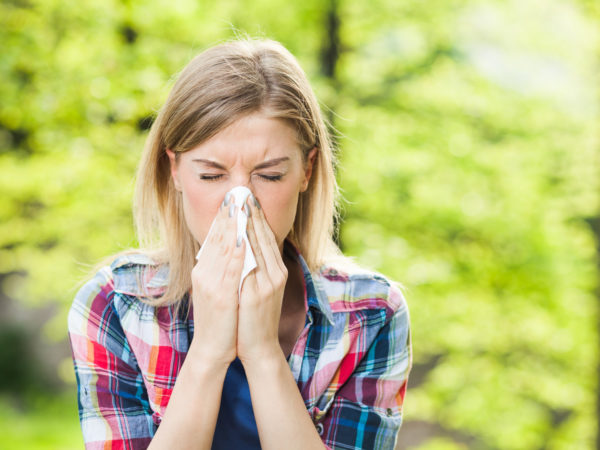 Yes, it certainly is possible for adults to develop allergies, although it’s uncommon. Allergy symptoms that occur in an adult are more likely to be set off by something other than an allergic reaction. I discussed your question with Randy Horwitz, M.D., Ph.D., medical director of the Arizona Center for Integrative Medicine, and a specialist in allergy and clinical immunology. Dr. Horwitz notes that you may be referring to the symptoms of allergic rhinitis – runny nose and watery, itchy eyes – but caused by exposure to irritants, rather than an allergy.

When an adult complains of these symptoms, allergists often consider diagnoses other than allergies, since development of allergic rhinitis is uncommon in adults. Among the possible causes Dr. Horwitz mentioned are recent changes in one’s life, such as a new cat, new medications, or a new house. If there are no recent novel exposures, allergists consider a few other diagnoses:

True allergic rhinitis due to environmental allergies usually responds well to antihistamines, as well as to herbal remedies, especially freeze-dried stinging nettle and butterbur. If your symptoms do respond to these treatments, then you likely have the diagnosis. Conventional treatment options include oral or nasal antihistamines, nasal cromolyn (Nasalcrom), nasal corticosteroids, or immunotherapy (shots or sublingual drops).

If you have negative allergy tests but have symptoms that are set off by physical stimuli such as temperatures or odors, Dr. Horwitz says the problem may be vasomotor rhinitis. This may respond to regular use of a neti pot (or other nasal irrigation device), humidification (steam inhalation or a humidifier), or even a nasal spray containing capsaicin, the hot component of chili peppers. Studies using a commercial capsaicin nasal spray showed rapid improvement of symptoms when used over a two-week period. Finally, some pharmaceutical nasal sprays (e.g., ipratropium) will help “stop the nasal faucet.” They should be used with caution in men with prostate enlargement, as they can cause urinary retention.

See your healthcare practitioner if symptoms persist despite treatment.