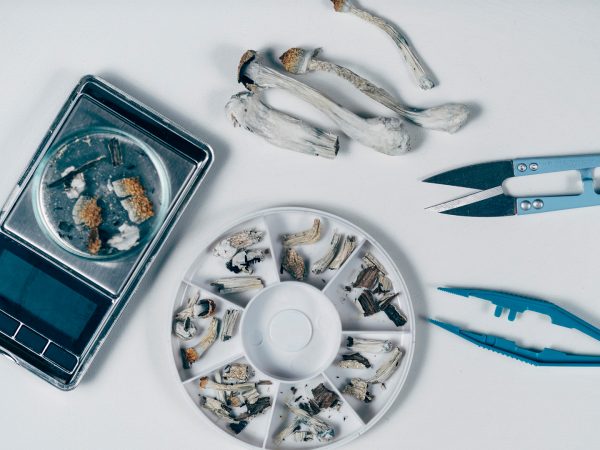 What is microdosing and what, if anything, can it do for you?

Simply put, microdosing involves taking about one-tenth of the usual dose of the psychedelic drugs LSD or psilocybe (aka “magic”) mushrooms typically needed to achieve a “tripping” effect.

Microdosing has become increasingly popular in recent years, especially among entrepreneurs and tech workers in Silicon Valley. Proponents of these low doses credit them with facilitating many positive changes in their consciousness, including easing anxiety, increasing creativity, and improving both work performance and relationships. Whether these effects are measurable or all in the mind of the beholder has still not yet been definitively answered. Clinical trials testing the effects of microdoses against placebos are inconclusive, but preliminary research is positive, and more studies are underway. At the moment, most of what we know comes from the self-reports of people who microdose regularly.

Scientists in Europe have been studying the effects of microdosing for some time. (Research in the United States has been limited because LSD and psilocybin-containing mushrooms are Schedule 1 controlled substances here, and the U.S. government has made it very difficult to conduct studies using them.) The first placebo-controlled study of microdosing was conducted at the University of London. It was designed to determine if the participants, none of whom had used LSD in the previous five years, could feel an effect of a microdose. Some microdosers contend that you don’t; others maintain that if you don’t, it isn’t working. For the study, the participants were randomly assigned to take LSD or a placebo.

Results showed that the microdoses objectively altered the participants’ sense of time even if they reported that they felt nothing. The researchers also tested participants’ perception of time by asking them to hold down a key as long as they saw a blue dot on a computer screen. Those who received microdoses held the key down longer than those who received the placebo, indicating a possible alteration in temporal perception.

Another study, this one from the Netherlands and published in August 2018, concluded that microdoses of psilocybin don’t affect abstract reasoning or the ability to solve problems and think rationally. But it did show improvements in the types of thinking regarded as the underpinnings of creativity, including mental flexibility and the ability to focus on abstract concepts in order to find answers to specific problems. However, because this study had no control group, it’s possible that the improvements measured were due in part to the subjects’ expectations and not just the effect of the drug.

Much of the clinical groundwork about microdosing comes from the investigations of James Fadiman, Ph.D., author of The Psychedelic Explorer’s Guide, who is widely regarded as a foremost authority on psychedelics and the most productive ways to use them. Reportedly, Fadiman has been collecting information from microdosers worldwide, many of whom say they experience easing – or disappearance – of anxiety and depression, as well as creative and motivational boosts that have helped them professionally. Others have told him that microdosing has helped them discontinue the use of prescribed psychiatric medications, sleep better, and maintain more healthy habits. To get these benefits, Fadiman recommends taking a microdose of LSD every three or four days.

In 2019 Fadiman published a paper in the Journal of Psychoactive Drugs that included results from a study for which he had designed a protocol. In that protocol, participants microdosed for 18 months in three-day cycles (take a microdose on day 1, no doses on days 2 or 3, then repeat). The authors wrote that many participants reported improved mood, decreased depression, as well as new feelings of resolve and focus that helped them professionally. Since these results are so subjective, I’m hesitant to draw any firm conclusions from them.

More recently, a 2022 paper in Scientific Reports detailed a large, controlled study of 953 individuals who microdosed with psilocybin and 180 who did not. Some of the microdosing group used psilocybin only; others combined psilocybin with lion’s mane mushrooms and/or vitamin B3 (niacin). Researchers monitored the participants for 30 days and compared the changes in their scores on standardized tests for mood, depression, cognitive and psychomotor ability, spatial memory span, and processing speed.

Overall, the microdosing group’s scores over time showed small to medium improvements in mood and mental health. On average, those who had reported moderate depression at the beginning of the study improved to mild depression after 30 days. Older participants (ages 55 and up) also showed improvement in psychomotor performance, as measured by a finger-tap test used to predict neurogenerative disorders. Data showed a suggestion that the combination of psilocybin, lion’s mane mushrooms, and niacin produced the best results, but the number of participants in these sub-groups were too small to allow for any reliable conclusions.

I’ve found that those who microdose using LSD (10 micrograms) often do not like the feeling, reporting that it was difficult to get comfortable with the drug effect and noting it lasted too long – almost 10 hours. But I’ve encountered several individuals who described microdosing with mushrooms (100 milligrams of dried, ground psilocybe cubensis) multiple times, and even occasionally on a monthly basis. They relayed that they enjoyed the energy it gave them and believed it was especially beneficial for their mood. They did not report experiencing any perceptual changes. 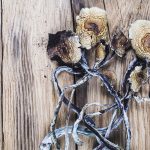