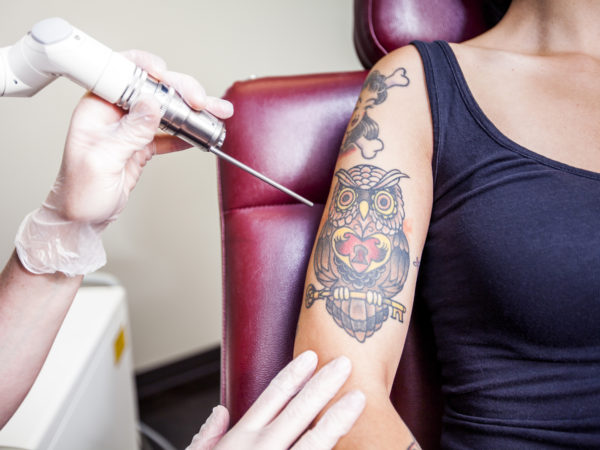 We don’t know much about how tattoos affect sweating during exercise, but a small study published in July (2017) suggests that tattooed areas of skin have a reduced rate of sweating and increased amounts of salt excreted with sweat. Researchers at Michigan’s Alma College came up with these results via a small study. They recruited 10 healthy young men in their early 20s, all of whom had small tattoos on one side of their upper body. Some of the tattoos were new, others a few years old.

The researchers applied small patches containing a substance (pilocarpine nitrate) that stimulates sweating to the men’s tattooed areas and others on un-tattooed skin on the other side of the body. Then they removed the patches and substituted disks contained tubing that sucked up the sweat. The disks remained in place for 20 minutes. The ones that were on tattooed skin collected about half the amount of sweat as those that had been on un-tattooed skin. And there was nearly twice as much salt in the sweat from tattooed skin.

The researchers do not have an explanation FOR the differences. Study leader Maurie Luetkemeier said it is unlikely that the effect of tattoos on perspiration would lead to overheating during exercise.

More disturbing are reports that ink used for tattoos may contain carcinogens, toxic heavy metals, and bacteria. The risks, if any, are unknown. We may learn more about this when the FDA completes an ongoing study of how the inks break down in the body, the long-and short-term safety of the pigments they contain, how they react with light, and how the body responds to them.

Another concern is that tattoos may cover a suspicious mole, delaying the diagnosis of skin cancer. This has happened, spurring researchers at the University of Pittsburgh to survey 42 professional tattoo artists in 2016 to find out how they deal with rashes, spots, and other lesions on customers’ skin. Here, 55 percent said they declined to apply ink to the skin when moles and other growths are present, mostly because they thought the final appearance would be less than ideal while 29 percent said they were concerned about skin cancer, and 19 percent voiced concern about bleeding moles. About 40 percent of the respondents reported tattooing around moles, while 43 percent tattooed over them or did what clients requested. The researchers suggested that educating tattoo artists about skin cancer, particularly melanoma (the most dangerous type), could help reduce the incidence of malignant growths hidden by tattoos. 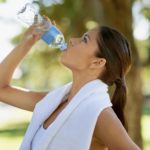