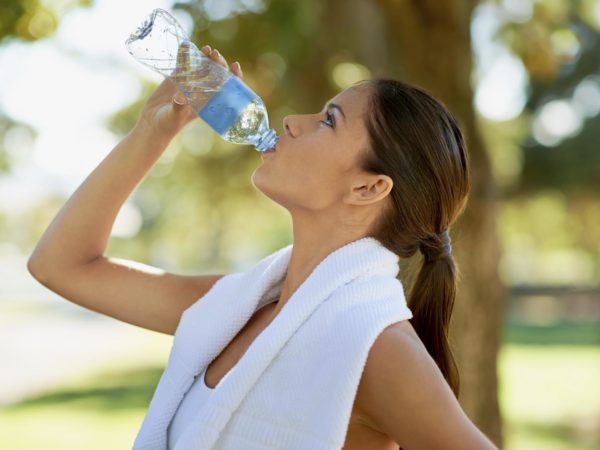 Sweating is highly individual, but men sweat more than women, and people who are overweight tend to sweat more than normal-weight individuals. Here, the reason seems to be that it takes more effort to move more body weight. Some people sweat a lot when they’re nervous or anxious, but for the most part your personal sweating pattern says little about your overall health.

As for physical fitness and sweating, the conventional wisdom has been that you’re more likely to overheat and begin to sweat faster while exercising if you’re overweight, and sweat less if you’re physically fit. However, a study published in 2015 appears to contradict that long held belief. The investigators recruited 28 men who differed from one another dramatically in terms of fitness and body size and put them through a series of hour-long bicycling tests at different levels of intensity while measuring changes in their body temperature and the amount of sweat they produced. The researchers reported that the changes in core body temperature recorded were due to the amount of heat generated while cycling and that the men’s fitness or fatness explained only 2.3 percent of the temperature differences measured and only 1.3 percent of the differences in sweating. The study concluded that two people who weigh the same and exert the same amount of exercise effort should heat up at the same rate regardless of whether one is short and fat and the other is tall and slim.

Bear in mind that sweating can be influenced by other factors, including some medications such as antidepressants and insulin as well as by caffeine, alcohol and tobacco, which can increase your heart rate and core temperature. Some spicy foods – especially those containing capsaicin (the compound that makes hot peppers hot) – can also make you sweat briefly.

I’ve written elsewhere on this site about sweating and disorders, including the inability to sweat, a troublesome condition called anhidrosis. It may affect only one part of the body or the whole body. If you don’t sweat, the body can’t cool itself down, which can be dangerous. Sweating too much – a condition called hyperhidrosis – can affect the feet, palms, underarms or the whole body. The cause of this disorder is unknown; it is believed to affect five percent of the world’s population. Neither condition has any known connection to level of fitness.