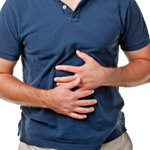 Fecal transplants have been practiced for many years to address stubborn cases of dangerous infection caused by C. difficile bacteria. The treatment made the news in January 2013, when researchers in the Netherlands and Finland reported on a small study showing that this unique type of treatment worked much better than antibiotics. Clostridium difficile is a bacterium that can cause severe diarrhea and more serious symptoms ranging from fever, loss of appetite and abdominal pain to life-threatening inflammation of the colon. It most commonly affects the elderly in hospitals or in long-term care facilities, usually after prolonged treatment with antibiotics.

We’ve been hearing more about C. difficile infections over the past few years. The U.S. Centers for Disease Control and Prevention (CDC) reports that some three million people a year in the U.S. are infected and that these cases have become more frequent, more severe, and harder to treat. Some of those infected are otherwise healthy, haven’t taken antibiotics, and aren’t hospitalized.

Unfortunately, treatment with antibiotics typically cures only 15 to 26 percent of C. difficile infections and becomes less and less effective if it has to be repeated.

Fecal transplant involves inserting a small amount of human feces from a healthy person into the intestines of patients with severe diarrhea due to C. difficile. In the study, this approach worked in 15 out of 16 patients who volunteered for the procedure. By way of comparison, treatment with antibiotics worked in only four of 13 patients.

These results were so impressive that the researchers decided to stop the study early in order to use the treatment in other groups of C. difficile patients being treated with antibiotics. They reported that 83 percent of these patients had complete resolution of their symptoms.

The transplants are done by infusing 500 milliliters of diluted donor feces through a tube that goes into the nose, down the throat, past the stomach and into the small intestine. In the study, the donors were hospital workers who had been carefully and repeatedly screened for a long list of diseases. (Fecal transplants can also be delivered by another procedure more like a colonoscopy.)

Patients who had the transplants did report some initial side effects, mostly diarrhea, although cramping and belching also occurred. The investigators noted, however, that all of these symptoms disappeared within three hours. Later, 19 percent of the patients reported constipation. The study was published online on January 16, 2013 in the New England Journal of Medicine.

I know this procedure has a considerable "yuck" factor, but it seems to work. It delivers healthy microbes capable of routing C. difficile, something we haven’t been able to accomplish reliably with antibiotics. If these positive results are confirmed in other, larger studies we may see the procedure more widely adopted as a reliable treatment for problems caused by a really bad bug.