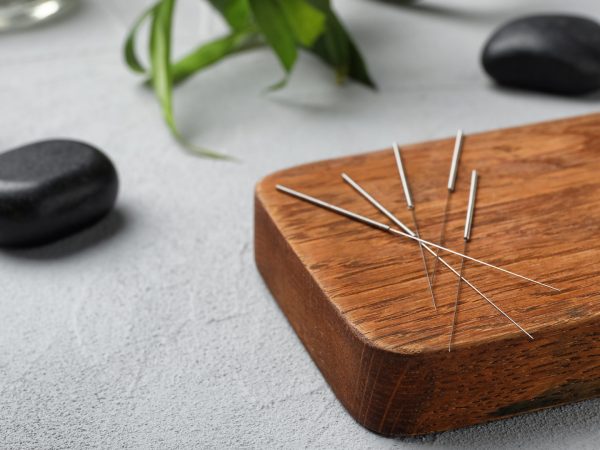 Nearly everyone has an occasional bout of indigestion. This sensation of discomfort or burning in the upper abdomen often results from overeating. You can also get indigestion from eating too fast, eating high-fat foods, or drinking too much alcohol or too many caffeinated beverages, coffee especially. Indigestion can occur in response to stress, smoking or taking medications that can irritate the stomach, such as nonsteroidal anti-inflammatory drugs like aspirin or ibuprofen.

New research from China focused on acupuncture as a treatment for a common type of indigestion called postprandial distress syndrome (PDS). Symptoms of this disorder include early fullness after eating, discomfort or pain in the upper abdomen, and sometimes pain and burning in the throat and stomach following a meal. This condition affects between eight and 12 percent of the general population.

To test the effect of acupuncture on this syndrome, the research team randomized 228 otherwise healthy patients between the ages of 18 and 65 with this condition to receive 20-minute sessions of acupuncture three times a week for four weeks or a sham treatment (needles not placed or manipulated correctly). Prior to treatment all the study participants responded to questions about their symptoms.

In a statement after the study’s publication, senior author, Cun-Zhi Liu, M.D., Ph.D., of the Beijing University of Chinese Medicine, noted that while there are drugs for treatment of PDS, their efficacy is limited and their side effects are sometimes intolerable. He said that patients with PDS who receive acupuncture from a trained professional may feel improvement within two to four weeks.

These are very interesting findings and acupuncture may be worth trying if you suffer from PDS and have access to a trained practitioner.