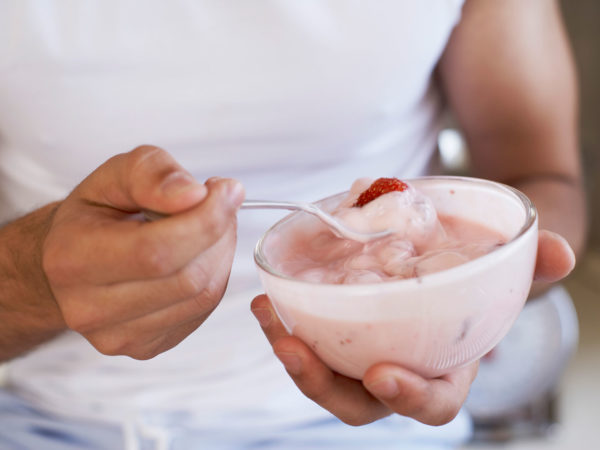 Some evidence suggests that consuming yogurt regularly may help reduce development of polyps in the colon that can become cancerous. The latest findings come from a study published in June (2019) showing that men who ate yogurt at least twice a week developed fewer of these polyps than men who didn’t eat any yogurt. No such results were seen in women. The research involved 32,606 male health professionals participating in a national study and 55,743 women in the Nurses Health Study. All provided detailed information about their diet and lifestyle every four years from 1986 to 2012. During that period, 5,811 colorectal adenomas – polyps that can become malignant – were detected in men and 8,116 in women. Compared to men who didn’t eat yogurt, the new study, from Washington University School of Medicine in St. Louis showed that those men who consumed at least two servings per week were 19 percent less likely to develop the most common types of polyps found in the colon and rectum during colonoscopies. Consuming yogurt also was linked to a 26 percent lower risk of developing the type of polyps most likely to become malignant.

The study wasn’t the first to show an association between yogurt consumption and colon cancer risk. An Italian study published in 2011 found that the incidence of the disease declined significantly among men with increasing consumption of yogurt. Here, too, similar results weren’t seen in women.

Exactly how yogurt might influence the development of precancerous polyps isn’t known. The authors of the new study suggest that two common probiotics found in yogurt, Lactobacillus bulgaricus and Streptococcus thermophilus may play a role.

Colon cancer is believed to be initiated by damage to the epithelial cells lining the colon, the result of either chemical injury or chronic inflammation. Polyps may develop at damaged sites.

Eating yogurt may help prevent development of adenomas, particularly if you’re male. Other protective dietary steps include cutting back on red meat and eating generous amounts of vegetables – especially green leafy vegetables. Limiting alcohol consumption is also key. Here’s where you can find more information about colon cancer, including recommendations for screening and other lifestyle changes that may help prevent it. 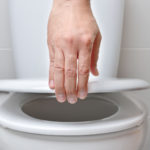