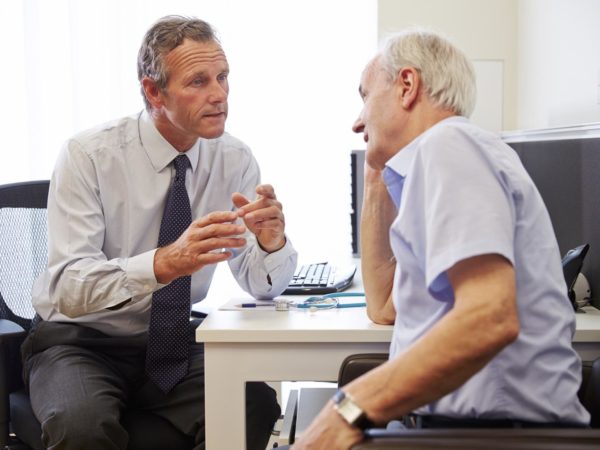 Some Vietnam war veterans have been diagnosed with cholangiocarcinoma, a rare cancer of the bile ducts. These are the narrow tubes that carry bile from the liver and gallbladder to the small intestine, where it helps digest dietary fat. This cancer can result from ingesting liver flukes – parasitic worms found in raw or undercooked fresh water fish that may have been consumed by U.S. soldiers in Vietnam. Once in the body, liver flukes attach to the lining of the bile ducts, where they can live for more than 25 years; over time they cause inflammation and scarring. Other causes of bile duct cancer include cirrhosis of the liver, hepatitis B and hepatitis C, as well as inflammation of the bile ducts caused by cysts, stones and abnormalities at the junction of the bile and pancreatic ducts.

Symptoms of bile duct cancer usually don’t develop until the disease is advanced, which is why it is often fatal. They include jaundice, itching, light colored stools, dark urine, abdominal pain, loss of appetite, weight loss, fever, nausea and vomiting. Some 8,000 cases occur in the U.S. annually. Bile duct cancer is much more common in Southeast Asia due to consumption of parasitized fish. Reportedly, some 25 million people globally are infected with the flukes. These parasites can be eliminated with medication early on, but since the infections usually cause no symptoms, affected individuals may not suspect a problem and do not get treated. When symptoms do occur, they include abdominal pain, diarrhea and fever. Diagnosis is confirmed by finding flukes or eggs in a patient’s stool.

Bile duct cancer is treated with surgery, chemotherapy and radiation; according to the American Cancer Society, only 30 percent of those affected survive for five years.

Vietnam vets affected with bile duct cancer may not connect it with their service, especially because so much time has elapsed since then. According to the Associated Press (AP), the U.S. Department of Veterans Affairs requires affected veterans seeking VA assistance to prove that their cancer is related to their service in Vietnam. Reportedly, the VA medical system has seen fewer than 700 cases of this cancer in the past 15 years. Only 307 veterans submitted claims for benefits and of those, according to data the AP obtained through the Freedom of Information Act, 3 out of 4 have been rejected. Vets can appeal these decisions. I hope that publicity about the link between bile duct cancer and service during the war in Vietnam will lead to the approval of more claims.