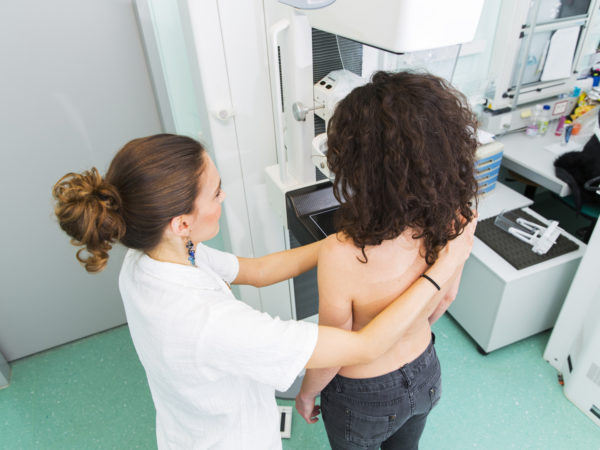 The HALO Breast Pap Test is a method for extracting fluid from the breast’s milk ducts through the nipple so that the cells it contains can be examined in a laboratory. The test has been promoted as a means of identifying a woman’s risk of breast cancer up to eight years before anything might show on a mammogram. It involves placing small cups on the nipples, which use warmth, massage and suction to bring to the surface a fluid called nipple aspirate. If no fluid can be extracted, the result is said to be “normal” and the woman’s risk of breast cancer low.

If the fluid yields suspicious cells, further tests would be needed to follow up. Those additional tests may include mammograms, MRI or ultrasound. If nothing further indicates a problem, a woman and her physician would have to determine if any steps should be taken to reduce her risk. The HALO test is supposed to be repeated annually.

This sounds pretty straightforward, but the test may not be ready for prime time. I’ve heard that it can be painful, although the literature on it says that women “tolerate” the test well. The idea of looking for cellular clues to breast cancer in nipple aspirate fluid goes back to the 1950s and is credited to the same physician who developed the Pap test for cervical cancer. Research teams at several institutions have been trying to find cells in nipple aspirate fluid that definitively indicate breast cancer, but have not yet succeeded.

What’s more, a study published in the October 2004 issue of the Journal of the National Cancer Institute found that ductal lavage (a procedure in which milk ducts that yield nipple aspirate fluid are injected with salt water to wash out more cells) failed to detect atypical or cancerous cells among women already diagnosed with breast cancer. When ductal lavage was performed on 32 women who had breast cancer and were awaiting mastectomy and on seven high-risk women scheduled for preventive mastectomies, atypical or cancerous breast cells were found in the fluid of only five of the 38 women.

I think we need to learn a lot more about what cells from fluid extracted from milk ducts can tell us about the risk of breast cancer before recommending the HALO test for screening for that disease.