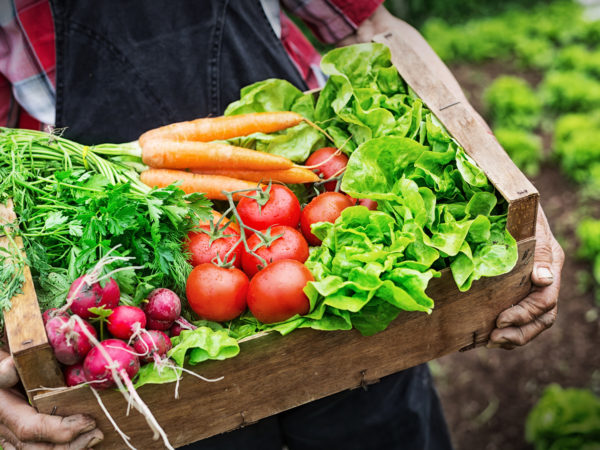 What is cervical cancer?

The cervix is the lower part of the uterus that connects the uterus to the vagina. Most cervical cancers begin in the cells lining the cervix, but the changes that lead to cancer usually occur very slowly and can be identified via a Pap smear (also known as a Pap test), a screening test recommended for all women beginning at age 21. In the U.S., some 12,000 women develop cervical cancer every year. Most of them have not had regular Pap tests.

In its early stages, cervical cancer rarely causes symptoms, but as it progresses, women may notice one or more of these changes:

Long before any symptoms occur, a Pap test may reveal abnormal cell growth in the cervix (this is called cervical dysplasia), which causes no symptoms but is considered a precancerous condition.

How is cervical cancer diagnosed?

For decades, women have been screened for cervical cancer and precancerous changes that can lead to the disease with the Pap test in which cells are scraped from the cervix for laboratory study. This test was developed by (and named for) George N. Papanicolaou, M.D. Since its introduction in 1941, the Pap test has been responsible for an enormous decline in the rate of cervical cancer.

Women between the ages of 21 to 29 should undergo cervical cancer screening with Pap tests every three years, and then every five years with Pap and HPV tests until age 65. That’s according to guidelines from the U.S. Preventive Services Task Force (USPSTF) and by a collaboration comprising the American Cancer Society, the American Society for Colposcopy and Cervical Pathology, and the American Society for Clinical Pathology. Women younger than 21 and most women older than 65 should not be screened. That’s because data have shown that screening does not reduce cervical cancer incidence or mortality in those groups, the guidelines say.

A five-year National Cancer Institute study that included more than 330,000 women who underwent both the HPV and Pap tests found that only about three women in 100,000 developed cervical cancer after negative HPV and Pap tests. It also showed that the HPV tests were twice as good as the Pap tests at predicting the risk of cervical cancer, and that if an HPV test was positive, a Pap test could confirm or rule out the need for follow-up or treatment.

If Pap and HPV results are abnormal, the following tests are needed for diagnosis:

Treatment options for cervical cancer depend on the stage of the disease at diagnosis – in other words, how large the cancer is, how far it has grown into the cervix and whether or not it has spread beyond the cervix. Often, treatment will be a combination of surgery, radiation therapy and chemotherapy.

Precancerous abnormalities can be treated with cryosurgery – the application of liquid nitrogen on the cervix to kill the abnormal cells by freezing them. Alternatively, a laser may be used to vaporize the abnormal cells. A cone biopsy (see the Diagnosis section above) can be used for pre-cancerous conditions as well as for other women with early stage cancer who want to have children.

A hysterectomy to remove the uterus and cervix (but not the ovaries or fallopian tubes) is often recommended as treatment for early stage cervical cancer and, sometimes, for stage 0 cervical cancer (this is known as carcinoma in situ) when doctors cannot remove all of the abnormal cells via a cone biopsy.

For more advanced stages, the recommended surgery may be a radical hysterectomy, in which the uterus plus adjoining ligaments, about one inch of the vagina, the cervix and sometimes, some pelvic lymph nodes are removed. An option for young women who want to have children is a trachelectomy, in which the cervix and the upper part of the vagina are removed while the uterus is left in place. Some nearby lymph nodes are also removed. This procedure many enable a woman to carry a pregnancy to term and deliver via cesarean section. However, the risk of miscarriage is higher than normal.

A procedure called pelvic exenteration may be recommended for recurrent cervical cancer. With this surgery, the uterus and cervix are removed, and depending on the extent of cancer spread, the bladder, vagina, rectum and part of the colon as well.

After surgery, treatment for cervical cancer may include radiation therapy. Here, x-rays are used to destroy any remaining cancer cells. Radiation therapy can be external (a beam is aimed at the pelvis) or internal (called brachytherapy, where the radioactive material is placed in a cylinder in the vagina, in a small metal tube in the uterus or in small round containers called ovoids placed near the cervix). Depending on the dosage, brachytherapy may take just a few days or several weeks. For low-dose treatment, the patient stays in the hospital. High dose treatment is done on an outpatient basis over a period of several weeks. The radioactive material is inserted for a few minutes per appointment.

The chemotherapy agents used to treat cervical cancer include cisplatin, paclitaxel (Taxol®), topotecan, ifosfamide (Ifex®) and 5-fluorouracil (5-FU) alone or in combination, or in combination with radiation therapy. The strong drugs used to kill cancer cells can also damage some normal cells leading to some well-known side effects of chemotherapy that may include nausea, loss of appetite, loss of hair, and mouth sores.

What therapies does Dr. Weil recommend for cervical cancer?

Dr. Weil recognizes that imperfect as they are, conventional treatments including surgery, chemotherapy and radiation are the only proven approaches to cancer treatment that offer the prospect of a cure.

But he recommends that when possible, cancer patients seek treatment from an integrative oncologist, who can combine conventional treatment with complementary therapies. In addition, he suggests that cancer patients follow the strategies below discussed in the book Integrative Oncology, which he co-wrote with Donald Abrams, M.D. the former director of Clinical Programs at the UCSF Osher Center for Integrative Medicine:

Cancer patients treated concurrently with acupuncture tend to do better. A consensus conference sponsored by the National Institutes of Health in 1997 agreed that acupuncture is useful in treating side effects of chemotherapy, including chemotherapy associated nausea and vomiting. Acupuncture may also help increase energy and decrease dry mouth.

Learn mind body techniques such as guided imagery, self-hypnosis, mindfulness meditation, breathing exercises, yoga, and tai chi to help reduce stress. Stress affects production of hormones such as epinephrine and cortisol that can depress the immune system leading to an increased risk of cancer spread.

This is a useful agent for treating nausea, appetite loss, pain and insomnia that can occur as side effects of chemotherapy or cancer itself. Beyond that, some components of cannabis may have significant anti-cancer effects.