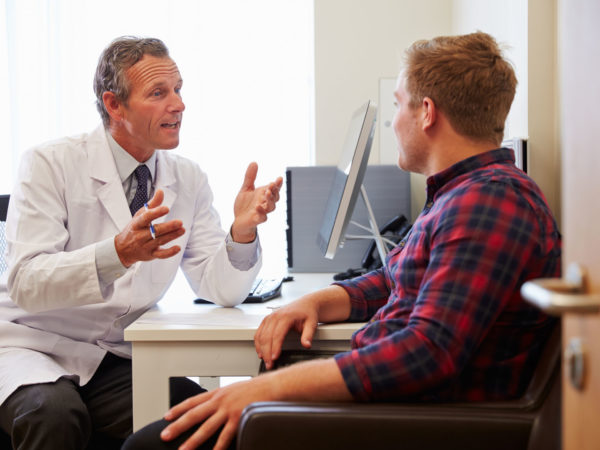 A panel of experts has recommended to the National Cancer Institute (NCI) that certain premalignant conditions (those that don’t pose a threat to life) found in the course of screening and currently identified as “cancer” should have a new name. The hope is that a more benign-sounding description will be less likely to frighten patients – that, in turn, could lead to fewer unnecessary and potentially harmful treatments.

One condition that the experts suggested renaming is ductal carcinoma in situ (DCIS), sometimes described as “stage 0 breast cancer” or the “earliest form of breast cancer.” DCIS itself is not harmful and is not cancer. Over time, some cases may progress to invasive cancer, but many – possibly most – will not. The contemplated change would remove the word “carcinoma” and re-name this condition (along with some others) “IDLE”, an acronym for “indolent lesions of epithelial origin.” (“Epithelial” refers to cells that line hollow organs and glands). As matters now stand, a diagnosis of DCIS usually leads to treatment, which can mean surgery (sometimes even mastectomy) plus weeks of radiation therapy.

NCI charged the panel with exploring “overdiagnosis” of tumors, which the institute views as a major public health concern. “Overdiagnosis, if not recognized, generally leads to overtreatment,” the panel said, noting that it is common to discover early, indolent localized malignancies in the lung, prostate, and thyroid as well as the breast. “Whenever screening is used, the fraction of tumors in this category increases,” the panel reported.

Ideally, screening would reliably identify disease that has the potential to cause harm, and is more likely to be cured when detected early. Unfortunately, that’s not what is happening now. With all the screening technology that has become available over the past 30 years, we’ve caught more early stage disease, but we haven’t achieved a proportional decline in later-stage disease.

Specifically, the panel reported that screening for breast cancer and prostate cancer “appears to detect more cancers that are potentially clinically insignificant” and that lung cancer may follow this pattern if annual CT scanning of current and former heavy smokers considered at high risk is adopted. (A draft recommendation to that effect was announced by the U.S. Preventive Services Task Force on July 29, 2013.). The panel also noted that Barrett’s esophagus (changes in the esophageal lining once viewed as a warning of esophageal cancer and now increasingly seen as benign) and DCIS “are examples for which the detection and removal of lesions considered precancerous have not led to lower incidence of invasive cancer.”

“In contrast, colon and cervical cancer are examples of effective screening programs in which early detection and removal of precancerous lesions have reduced incidence.” The name change proposed “is essential to give patients confidence that they don’t have to aggressively treat every finding in a scan,” Dr. Laura J. Esserman, the lead author of the panel’s report, told the New York Times. Dr. Esserman directs the Carol Franc Buck Breast Care Center at the University of California, San Francisco.

No one foresees any immediate changes in what we call cancer, and as the Times noted, some experts are bound to disagree with the panel’s recommendations, which were published online on July 29, 2013 by the Journal of the American Medical Association.

In my opinion, however, the panel is on the right path. Labeling these low-risk lesions and other anomalies “cancer” or “carcinoma” drives a great deal of needless worry, not to mention millions of dollars in expensive, invasive and often useless high-tech treatments. If there is no solid evidence that early, aggressive treatment of these conditions leads to better long-term survival, changing their names to something more benign strikes me as entirely appropriate.