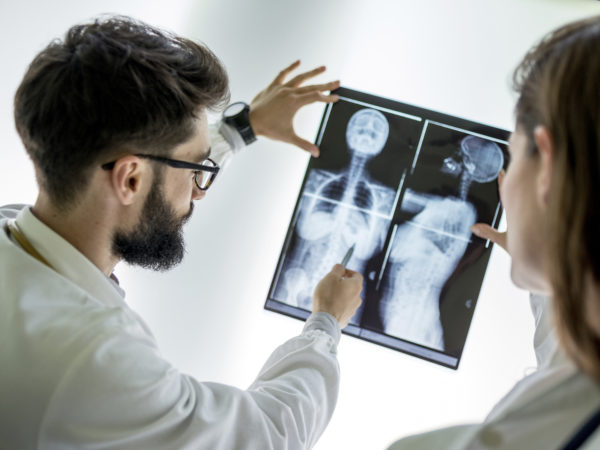 Dense breasts contain a lot of fibrous or glandular tissue relative to fatty tissue. The difference in composition shows up on mammograms and, according to the American Cancer Society, is not related to breast size or firmness. You can ask about your breast density after having a mammogram.

Little research exists on the effect of exercise on breast density. However, a study published in 2013 showed that physical activity during adolescence and early adulthood is unrelated to breast density. A more recent study from Denmark that involved 5,703 women also concluded there was no link. Breast density aside, other research has shown that regular exercise is associated with a lower risk of breast cancer. While exercise appears to reduce risk among all women, the National Cancer Institute notes that the effect is greatest among women who increase their physical activity after menopause.

As for the magnitude of cancer risk associated with dense breasts, a study from the University of California, San Francisco published in February (2017) concluded that population-wide it may exceed the risk posed by having a family history of the disease, a personal history of benign breast lesions or no first pregnancy until after the age of 30.

The researchers looked at breast cancer risk factors in more than 200,000 women between the ages of 40 and 74 who were participating in a study to evaluate the delivery and quality of screening for the disease; 18,437 of them had some stage of breast cancer. The investigators calculated the effect of each risk factor by comparing the women with breast cancer to those of the same ages who were unaffected.

They noted that dense breasts are more common in younger women and that breasts become less dense during and after menopause, unless women are on hormone replacement therapy. The study assessed breast density for the women in the study via a rating system established by the American College of Radiology, which ranks breast composition as:

(A) Almost entirely of fat

(D) Dense tissue that makes up at least 75 percent of the breast.

The team suggested that 39.3 percent of breast cancers in pre-menopausal women and 26.2 percent in post-menopausal women might have been prevented if all the women with higher breast density had breasts composed almost entirely of fat or mostly fat with some scattered dense tissue.

The study also found a higher breast cancer risk among postmenopausal women with a high body mass index. This is in keeping with earlier findings that being overweight or obese increases risk.

There’s not much you can do to reduce your breast density. The drug tamoxifen, which blocks estrogen and is used to prevent breast cancer recurrence, can help. However, Natalie Engmann, the California study’s first author, noted that tamoxifen can have serious side effects and is generally recommended as a preventative measure only for women at high risk.

I’m sure we’ll be hearing more about breast density and the extent of the cancer risk it poses. In the meantime, your best bet is to focus on the risk factors you can modify. Here are some suggestions on breast care.