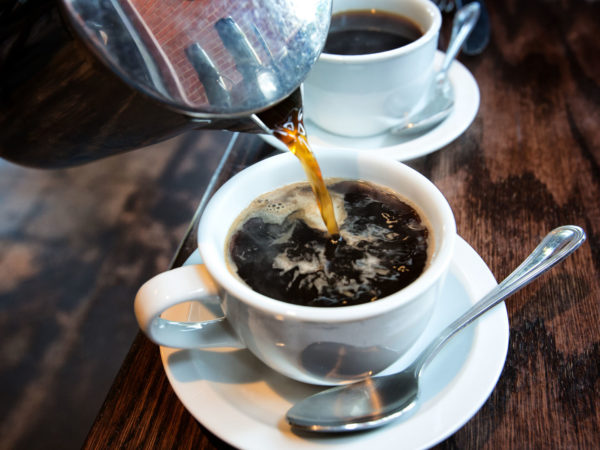 The Harvard researchers looked at the link between coffee consumption and the risk of prostate cancer among 47,911 men enrolled in the Health Professionals Follow-Up Study. The participants reported their coffee consumption every four years from 1986 to 2008.

In analyzing this data, the investigators found that men who drank six or more cups of coffee per day had nearly a 20 percent lower risk of developing any form of prostate cancer and a 60 percent lower risk of developing lethal prostate cancer. Even drinking one to three cups of coffee per day was associated with a 30 percent decline in this risk. It didn’t matter whether the coffee was regular or decaf, so it doesn’t appear that caffeine is the protective agent.

The investigators set out to study coffee because it contains compounds that act as antioxidants, reduce inflammation and regulate insulin, all of which may influence prostate cancer. However, the researchers didn’t say which compounds might be responsible for the risk reduction.

The Swedish study compared coffee consumption and other lifestyle factors between women who had breast cancer and a matched group of women who were cancer-free. They found a lower incidence of breast cancer among women who drank coffee (compared to women who rarely do), but after adjusting for such factors as age at menopause, exercise, weight, education and family history of breast cancer, they found that the lower risk applied only to women with estrogen-receptor-negative breast cancer.

These aren’t the first studies to show that drinking coffee has anticancer effects. It also appears to lower the risk of some other diseases including diabetes, gallstones, and Parkinson’s disease. However, if you’re not a coffee drinker, I wouldn’t suggest changing your ways on the strength of these findings. Instead, I suggest focusing on the dietary and other lifestyle measures that can influence the risks of all types of cancer.

Bear in mind that drinking coffee can be an addiction, and that coffee can trigger anxiety, insomnia, tremor and irregular heartbeat, as well as digestive and urinary problems. If you experience any of these side effects, you’re better off avoiding it (including decaf) no matter what potential health benefits it may offer.