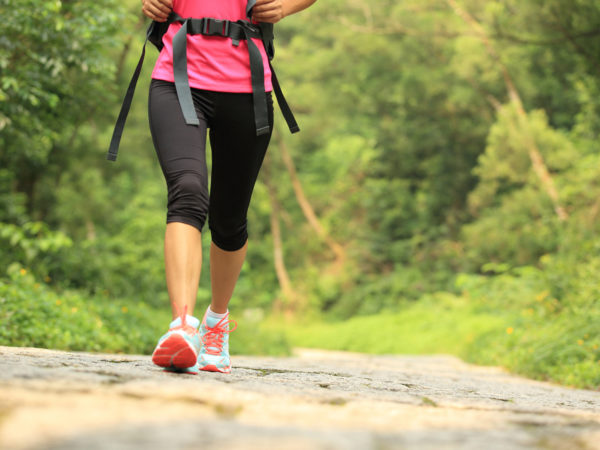 You have undoubtedly heard this before, but the message is still important for women to understand. Over the years, a number of studies have shown that exercise can lower the risk of breast cancer and can also boost survival rates for women who have been diagnosed with the disease. The latest study showed that women who exercised 10 to 19 hours per week or two hours a day for five days could reduce their breast cancer risk by 30 percent. The study also reported that any amount of exercise at any level of intensity helps lower the risk of estrogen-receptor-positive breast cancer, the most common type.

However, the research team also concluded that the exercise-related risk reduction doesn’t occur in women who have gained a significant amount of weight after menopause, although it did find that overweight or obese women who exercised had a lower risk of breast cancer than those who didn’t. The researchers compared 1,504 women who had been diagnosed with breast cancer to more than 1,555 women without it.  The women ranged in age from 20 to 98; all were part of the Long Island Breast Cancer Study Project, an ongoing investigation into environmental causes of the disease. The study came from the University of North Carolina’s Gillings School of Public Health and was published online on June 25, 2012 in the journal Cancer.

Research from Germany published in 2008 found that that the protective effect of exercise, just by itself, was independent of any change in body mass index (BMI) or weight. This was an unexpected result, because we have assumed that exercise helps by reducing fat stores in which estrogen is produced. Like the study from the University of North Carolina, the German study found that exercise specifically reduced the risk of estrogen-receptor-positive breast cancer. It also showed that exercise had little protective effect for other types of breast cancer. An even earlier study that included more than 74,000 women who were followed for five years revealed that even women who don’t begin exercising until later in life can lower their breast cancer risk by 20 percent and that a brisk, half-hour walk five days a week will do the trick. That study was published in the Journal of the American Medical Association in September 2003.

Another study from the University of North Carolina published in 2006 found that overweight women who were physically active in the year before developing breast cancer had better five-year survival rates than women who didn’t exercise. And one published in May 2005 in the Journal of the American Medical Association found that women who walked as little as an hour a week at a pace of 2 to 2.9 miles per hour had survival rates 20 percent higher than women who exercised less or not at all. Better yet, the women in this study who walked three to five hours a week had a 50 percent lower risk of death from breast cancer than those who participated in little or no exercise.