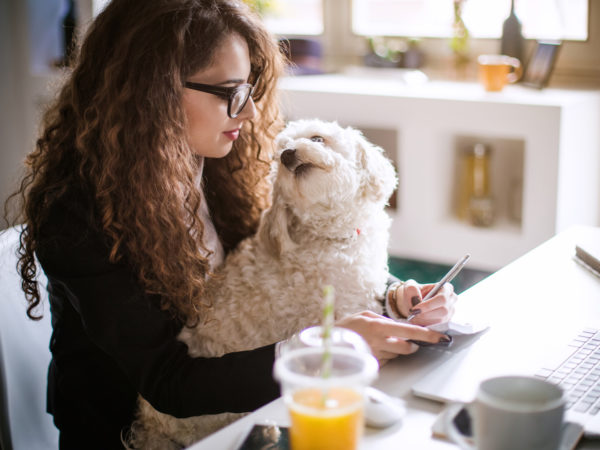 Actually, the first hint that dogs can smell cancer came from a case in England when a pet Dalmatian named Trudi kept sniffing at a tiny mole on her owner’s leg. The mole turned out to be a malignant melanoma, a form of skin cancer that can be fatal if not caught early. This case was written up in the British medical journal The Lancet in 1989, and since then a number of scientific studies have confirmed that dogs can smell cancer – just as they can sniff out drugs and explosives and track fugitives. Dogs have a sense of smell that is at least 10,000 times more powerful than that of humans, so the notion that Fido can sniff out disease isn’t as far-fetched as it sounds. Dogs can also pick up early signs of epileptic seizures too subtle to be noticed by their owners, and can then warn them to prepare for the seizures.

The most recent study to confirm that dogs can sniff out cancer comes from the nonprofit Pine Street Foundation in California. Three Labrador retrievers and two Portuguese water dogs were trained to sit or lie down in front of breath samples from patients with lung or breast cancer and to ignore samples from healthy people. The researchers reported that the dogs were 88 to 97 percent accurate in their “diagnoses.” The California study was the latest of several confirmatory studies.

In September, 2004, the British medical journal BMJ published results of the first double-blind, peer-reviewed study, which concluded that dogs could be trained to recognize and identify bladder cancer. Six dogs selected a urine sample from a patient with bladder cancer out of seven samples, six of which were non-malignant. In addition, British researchers have reported that 16 cancer cases have been detected by pet dogs that showed signs of being anxious and upset in the presence of the “scent” of the disease.

I doubt that dogs will ever take the place of MRIs or other medical tests designed to diagnose cancer, but they clearly do have remarkable powers of detection. Before we can harness those powers, we need more research to confirm and understand the phenomenon, which demonstrates that there is more out there than we can know with our senses. It’s good to keep that in mind. Stay tuned. I’ll keep you posted on future developments.