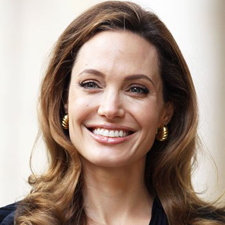 Actress/filmmaker Angelina Jolie Pitt wrote an op-ed article in the New York Times on March 24, 2015, announcing that she had undergone laparoscopic surgery to remove her fallopian tubes and ovaries. She elected to have this procedure as a preventive move against ovarian cancer, the disease that took her mother’s life at the age of 56. Ms. Jolie Pitt disclosed in 2013 that she carried a mutation in the BRCA 1 gene that places women at very high risk of both breast and ovarian cancer. At the time, she wrote publicly about her decision to have both her breasts removed to protect against breast cancer and described her breast reconstruction with implants.

In her latest article, Ms. Jolie Pitt wrote that she had planned to have her ovaries removed for some time but moved up the surgery after tests showed the elevation of some inflammatory markers that her doctor said could signal early cancer. Subsequent tests showed no signs of malignancy, but Ms. Jolie Pitt decided to go ahead with the surgery. She explained that her doctors had advised her to have preventive surgery "about a decade before the earliest onset of cancer in my female relatives. My mother’s ovarian cancer was diagnosed when she was 49. I’m 39." Ms. Jolie Pitt’s grandmother and an aunt also died from cancer.

The downside of the operation is that removal of the ovaries and the estrogen they produce pushes women into immediate menopause. Ms. Jolie Pitt acknowledged this in her article, writing that she anticipated some physical changes and is on hormone replacement therapy in the form of an estrogen patch and a progesterone intrauterine device.

Normally, BRCA1 and another gene, BRCA2, act as tumor suppressors. Harmful mutations can make them incapable of performing this important function and thus place women at very high risk. Having a history of breast cancer in the family doesn’t necessarily mean that you have mutations in these genes; the National Cancer Institute estimates that inherited BRCA1 and BRCA2 mutations account for five to 10 percent of breast cancers and 10 to 15 percent of ovarian cancers among white women in the United States. You are more likely to have this mutation if you have many close relatives who have had breast cancer.

Unfortunately, women like Ms. Jolie Pitt with a family history of cancer and a known dangerous genetic mutation have limited options to protect against their very high cancer risk. Experts recommend that they choose to have their ovaries and fallopian tubes removed between the ages of 35 and 40, after having had their children. This is now considered the standard of care. Because there is no effective screening test for ovarian cancer, most cases are not diagnosed until they are advanced.

I commend Ms. Jolie Pitt for writing so openly about her genetic risks and her courageous responses to them. While not every woman in her situation would be comfortable with the choices she made, for some her frankness could make the difference between life and death.