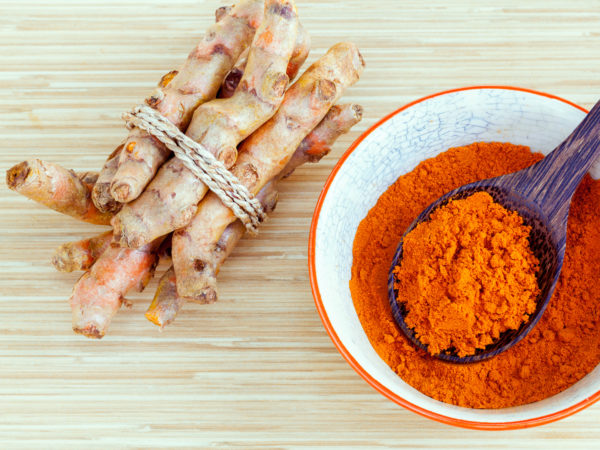 I know that turmeric has anti-inflammatory action. Do you recommend it for treatment of osteoarthritis? Are there good studies showing that it helps?

Turmeric (Curcuma longa) is a culinary spice that is a major ingredient in Indian curries and American yellow mustard. Accumulating evidence suggests that this brightly colored relative of ginger is also a promising disease-preventive agent, due largely to its anti-inflammatory properties.

Research from Italy published in 2010 looked at the effect of turmeric on 50 patients diagnosed by x-ray with osteoarthritis of the knee. The investigators studied the effect on arthritis symptoms of a special formulation of turmeric designed for improved bioavailability. Half the participating patients took the turmeric formulation in addition to standard medical treatment; those in the second group followed their physicians’ recommendations.

After 90 days, the researchers found a 58 percent decrease in overall reported pain and stiffness as well as an improvement in physical functioning in the turmeric group compared to the controls. In addition, patients in the turmeric group were able to reduce their use of non-steroidal anti-inflammatory drugs by 63 percent.

A study from India published in 2019 found that curcumin, the principal component of turmeric, worked as well as the drug diclofenac, a non-steroidal anti-inflammatory drug (NSAID), and was better tolerated by patients with knee arthritis. For the study, 139 participants age 38 to 65 took either 50 mg of diclofenac twice a day or 500 mg of curcumin three times a day. The researchers concluded that curcumin could be an alternative treatment for patients with this condition who can’t tolerate the side effects of NSAIDS.

While curcumin may help ease pain, there’s not much you can do to definitively treat knee arthritis other than undergoing a joint replacement. However, losing weight can help reduce the pain and inflammation and increase the function of arthritic knees. Combining weight loss and exercise can help even more, according to a study from Wake Forest University published in 2013. Here, researchers reported that 38 percent of study participants who lost weight, walked and performed strength training for one hour three times a week reported little or no knee pain.

In addition to weight loss and exercise, I recommend making some specific dietary changes to reduce arthritic inflammation and pain. Research has shown that omega-3 fatty acids as well as foods containing ginger – and turmeric – may be of benefit. And foods rich in antioxidants – plentiful in most vegetables and fruits – may help reduce tissue damage from inflammation.