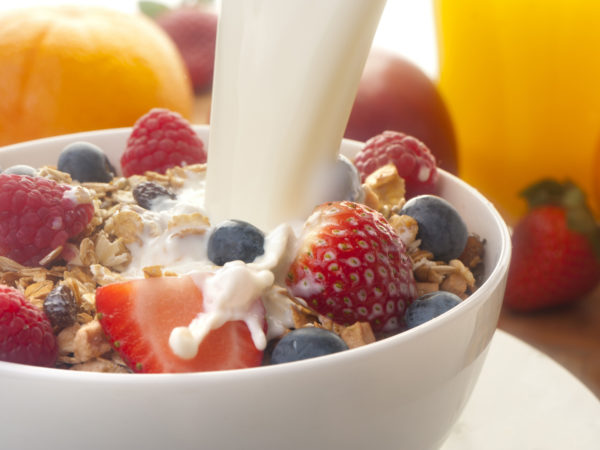 The notion that milk is good for all of us throughout life has been fostered by the dairy industry. Except for people of northern European origin, most adults worldwide can’t digest lactose, the natural sugar in milk. This is because as we mature, our bodies stop making the enzyme that breaks down lactose. As a result, many people may develop gas, cramps and/or diarrhea whenever they consume milk. In addition, one of the proteins in milk, casein, can irritate the immune system and stimulate mucus production, worsening allergy symptoms. This is why milk consumption is associated with recurrent childhood ear infections, eczema, chronic bronchitis, asthma, and sinus conditions.

In the past few years, several studies have shown that the calcium in milk doesn’t contribute significantly to preventing bone fractures and may actually be harmful. Calcium’s reputation for bone strengthening hasn’t held up in studies examining whether drinking milk prevents hip fractures in seniors. The latest of these studies, published in October, 2014, in the British medical journal BMJ, showed that milk consumption was not associated with a reduced risk of hip fractures later in life among 45,339 men and 61,433 women who were tracked for an average of 20 years. In fact, the study showed that the women in the study who reported drinking the most milk – more than three glasses a day – had an increased risk of death compared to women who drank less than one glass daily.

An earlier analysis of the results of six studies found no link between milk consumption and lower rates of fractures among 200,000 women. In 2014, JAMA Pediatrics published a study that included more than 96,000 men and women who were asked to report on the amount of milk they drank as teenagers. This group was followed for 22 years to determine whether their teenage milk consumption was associated with a reduced risk of hip fracture as they grew older. The research team found no link between milk consumed during adolescence and the risk of hip fracture later in life.

Another analysis published in 2007 examined the relationship of calcium intake to bone fractures in multiple studies providing information on more than 200,000 individuals and found no evidence that total calcium consumption affected the risk. The same review also looked at randomized controlled trials that compared the effects of calcium on the risk of fractures to the effects of a placebo. Here, calcium afforded no benefit over the placebos used in the studies and there was some concern that calcium intake may have actually increased the risk of hip fracture.

If you’ve been drinking milk to lower your risk of fractures late in life, the evidence from these reviews suggests that you may not be doing yourself any good. The dairy industry aggressively promotes the supposed health benefits of milk so that producers and retailers can sell more milk, but adults don’t need it.

Heike A Bischoff-Ferrari, “Milk intake and risk of hip fracture in men and women: A meta-analysis of prospective cohort studies” Journal of Bone and Mineral Research, April 2011