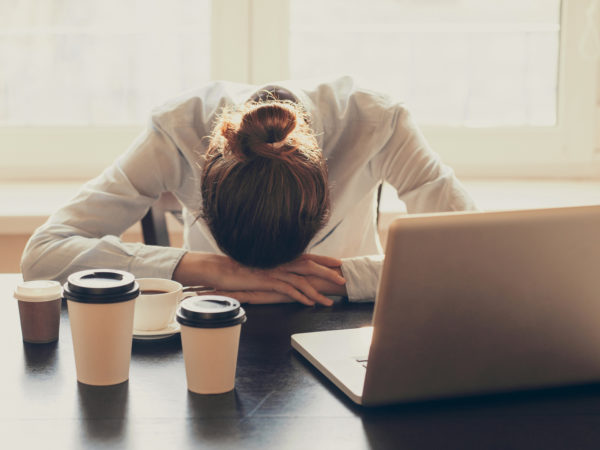 Over the years, Chronic Fatigue Syndrome (CFS) has been called many things – from the dismissive “yuppy flu” to the very technical “myalgic encephalomyelitis,” a medical term meaning “brain and spinal cord inflammation with muscle pain.” For understandable reasons that particular tongue twister never caught on among the public.

Putting the name aside, people still struggle to understand this controversial condition characterized by unexplained, long-lasting fatigue. To help clarify things, the authors of a recent report from the Institute of Medicine (IOM) came up with a new name – “systemic exertion intolerance disease,” and they endorsed new diagnostic criteria that may help physicians better identify the condition.

The new name was chosen to reflect the consensus among patients, doctors and researchers that the major characteristic of CFS is a “sustained depletion of energy” after minimal activity, defined medically as “postexertional malaise.”

“We wanted to move it away from this label (CFS) that often elicits very trite comments, possibly intended to be humorous, like ‘I’m tired, I must have that too.’ Everybody’s had some experience of fatigue, but this is so much more than that,” Peter Rowe, M.D. a panel member and pediatrician at Johns Hopkins who treats children with the condition told the New York Times.

The term “chronic fatigue syndrome” was chosen by the U.S. Centers for Disease Control and Prevention (CDC) in 1988. Many physicians and researchers consider the term inadequate to describe the disorder, since prolonged fatigue can also characterize other conditions, including depression.

In its report, the IOM panel urged physicians to take this disease seriously. The diagnostic criteria suggested include (1) profound, unexplained fatigue that continues for six months, (2) postexertional malaise, (3) unrefreshing sleep, (4) cognitive problems or (5) an inability to stand upright for more than a short period of time, known medically as “orthostatic intolerance.” These proposed criteria are aimed at emphasizing contributing symptoms doctors may have overlooked in the past.

As things now stand, CFS is not easily diagnosed. A physical exam will generally reveal only subtle abnormalities, typically lymph node tenderness or throat inflammation. Laboratory tests will most likely be normal. The diagnosis of CFS is often made only after physicians rule out other possible causes of the fatigue.

In a comment on the IOM report published in the Annals of Internal Medicine, Theodore G. Ganiats, M.D., Professor of Family Medicine and Community Health at the University of Miami, wrote that “a new name alone will not improve the lives of people suffering with chronic fatigue syndrome” but noted that the IOM committee of experts “found sufficient evidence that chronic fatigue syndrome is a disease with a physiological basis, and not a psychological problem that should not be taken seriously.”