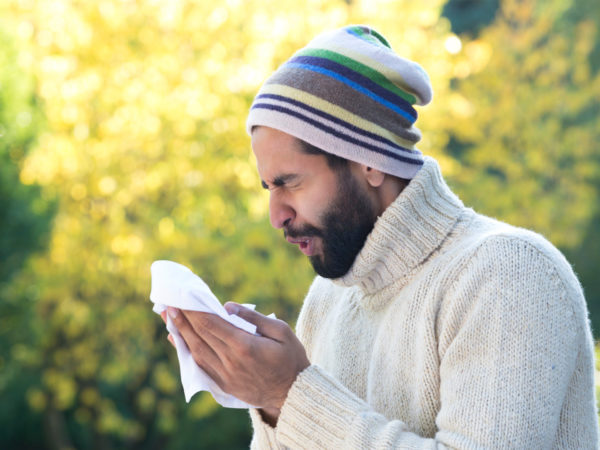 Ragweed allergy is a seasonal reaction to the pollen from this common weed. It is marked by runny nose, itchy eyes, congestion, sneezing, and sinus pressure. As a form of hayfever, ragweed allergy typically shows up in late summer/fall and affects an estimated 23 million Americans. It is also common in Europe where 40 percent of the population is affected by it.

New research from the UK suggests that the number of European cases could double in the next 35 years due in large part to climate change. Researchers at the University of East Anglia made this prediction after investigating the potential impact of global warming on ragweed’s distribution, growth, and pollen production and dispersal. They estimated that higher ragweed pollen concentration and a longer ragweed pollen season would be responsible for two-thirds of the projected increase in allergy cases. I have also seen projections showing progressive increases in pollen counts in the U.S. as an effect of climate change and predictions that the allergy season will begin earlier every year.

The best natural remedy I know for hayfever is stinging nettle (Urtica dioica). It is most effective when taken as capsules of a freeze-dried extract of nettle leaves. The dose is one to two capsules every two to four hours as needed. (Children under 12 should take no more than one capsule a day). Stinging nettle is completely nontoxic and very effective in controlling hayfever symptoms.

Another natural product I recommend for hayfever is quercetin, a bioflavonoid from buckwheat and citrus fruits. This is more of a preventive than a symptomatic treatment. Look for quercetin tablets rather than the powder form. Take 500 milligrams daily for at least 6 to eight weeks.

You also can try nasal douching with a warm saline solution to rinse pollen grains off nasal tissues and soothe irritated mucus membranes. Installing a HEPA filter in your house or bedroom will help eliminate any pollen that gets indoors.

Lifestyle changes can be beneficial in reducing allergy symptoms as well. I’ve had intense ragweed allergy all my life, and I know it’s possible to make things better by changing both habits of living and attitude. Allergies are learned reactions of the immune system that can be unlearned. All allergies have the potential to disappear. Here’s what I suggest:

You can find more suggestions for dealing with hayfever here.