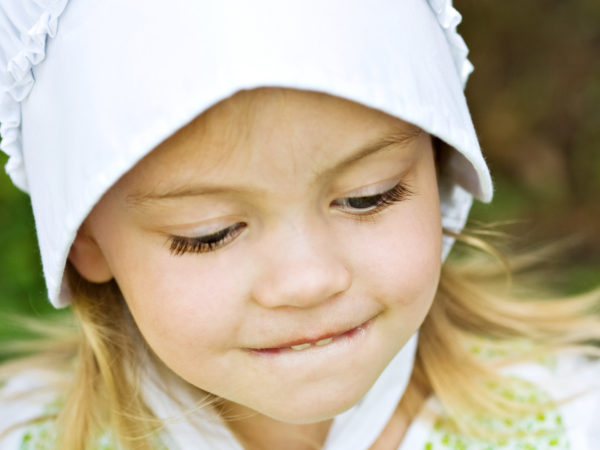 You’re referring to findings from a fascinating new study that added important information to what we know about the hygiene hypothesis, which holds that children who grow up in less sanitary environments are less likely to develop allergies and asthma than youngsters raised in cleaner, more protected ones. Earlier research showed that growing up on a farm could help protect against asthma. This latest study set out to investigate what may be different about Amish children, who have the among the lowest rates of asthma in developed countries – only five percent compared to 10.3 percent among American school children. To do that the researchers needed a similar comparison group and found it in the Hutterites.

There are many similarities between Amish and Hutterites. Both are descended from immigrants who came to the United States from Central Europe in the 18th and 19th centuries. The investigators, from the University of Chicago, noted that both sects have similar genetic ancestry and similar lifestyles and customs, such as no television and a Germanic farming diet. They have large families, get childhood vaccinations, breastfeed their children, drink raw milk and don’t allow indoor pets.

But there are important differences. The Amish typically live on single-family dairy farms, with barns adjacent to their homes, and rely on horses for fieldwork and transportation. Amish children work and play in the barns. The Hutterites operate large communal farms, house their livestock distant from where they live, and use modern farm machinery. Their children do not have daily exposure to farm animals. It’s likely the Amish practices bring more of the outside environment inside their living spaces. The researchers found that the microbial load in Amish homes was nearly six times that measured in Hutterite homes.

To explore the difference in asthma rates the researchers looked closely at 30 Amish and 30 Hutterite youngsters ages 7 to 14. They examined the children’s genetic profiles, which they found remarkably similar. They also compared types of immune cells in the children’s blood and collected airborne dust from homes in both communities.

The Amish children’s blood had more neutrophils – white blood cells that are part of the body’s innate immune system, our front-line defense against germs. Hutterite children had greater numbers of eosinophils, white blood cells associated with allergic inflammation. Although genetically similar to Hutterites, the Amish children had a pattern of gene expression that induces immune system restraint, rather than aggression, when faced with irritants such as pollen and animal dander. Restraint in response to immune challenges is key to sidestepping allergies and asthma.

This tendency not to overreact was reproduced in lab animals exposed to dust from both houses. After a month of exposure, mice that inhaled dust from Amish homes did not develop asthma-like responses, while mice exposed to Hutterite house dust did

In a press release accompanying publication of the study, co-author Carole Ober, Ph.D. explained that “neither the Amish nor the Hutterites have dirty homes. Both are tidy. The Amish barns, however, are much closer to their homes. Their children run in and out of them, often barefoot, all day long. There’s no obvious dirt in the Amish homes, no lapse of cleanliness. It’s just in the air and in the dust.”

What does that mean for children who don’t live on Amish farms? “You can’t put a cow in every family’s house,” Dr. Ober said. But the study results suggest that we may be able to protect children everywhere if we can find a safe way to expose them to the kinds of microbes in Amish household dust during the time when the developing immune system is learning to distinguish friend from foe.