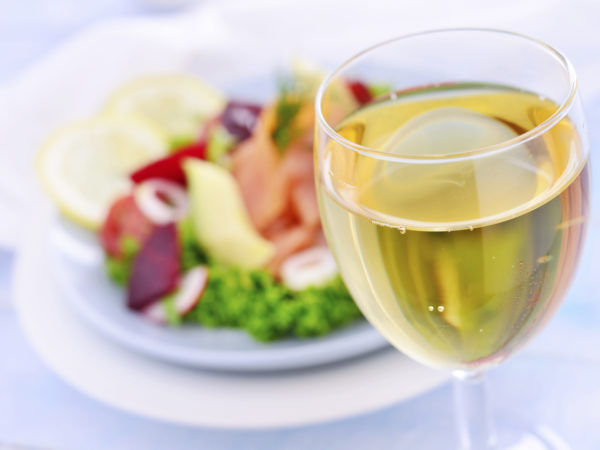 An investigation from Brown University’s Warren Alpert Medical School did find an increased risk of melanoma, the most serious type of skin cancer, in people who regularly drink white wine. The researchers used data from three large studies including 210,252 participants, who were followed for about 18.3 years. The information on their alcohol consumption came from food-frequency questionnaires. The analysis doesn’t prove that white wine causes melanoma; rather, it suggests an association between white wine consumption and the risk of developing the disease.

The report found that no other type of alcohol, including beer, red wine and spirits, significantly affected melanoma risk. We already know that alcohol consumption raises the risk of cancer of the breast, liver, pancreas and colon cancer. This new research found that each drink of white wine per day was linked to a 13 percent increased risk of melanoma. A standard drink was defined as 12.8 grams of alcohol, about the amount you would get in a typical wine glass.

Research leader Eunyoung Cho said that the team members were surprised to find that white wine was the only alcoholic drink independently associated with increased risk of melanoma. While the reason for this is not known, she noted that research has shown that some wine breaks down into has somewhat higher levels of acetaldehyde, a known carcinogen, than beer or spirits. While red and white wine may have similar amounts of this compound, Cho said that the antioxidants in red wine might offset acetaldehyde’s toxicity.

Melanoma is most common among people with fair skin, blue or green eyes, and red or blond hair. Risk factors include a family history of the disease, the presence of many moles (nevi) or birthmarks, and development of precancerous lesions (dysplastic nevi), as well as having obvious freckling on the upper back and shoulders, three or more blistering sunburns prior to the age of 20, and prior exposures to intense sunlight. There seems to be a direct correlation between the development of melanoma and sun exposure as a child. Use of tanning salons also appears to increase risk.

If you have no family history of melanoma and none of the other risk factors mentioned above, I wouldn’t worry too much about any increased risk from drinking white wine. To put this new finding in perspective, bear in mind that if the normal risk of a disease were 1 in 1,000, a 13 percent increase would only raise it to 1.13 in 1,000.