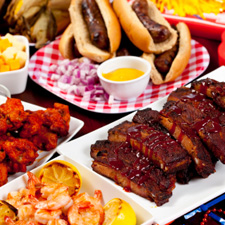 Food addiction as a clinical diagnosis is a relatively new idea that seems to be gaining ground. I’ve written before on this site about whether or not someone can be addicted to salt or sugar. Now, a study published online on January 22, 2014, in the American Journal of Clinical Nutrition finds that of the more than 134,000 women participating in the long-running Nurses’ Health Study almost six percent could be diagnosed as addicted to food. This conclusion was formed utilizing the scientifically validated Yale Food Addiction Scale, developed in 2009. The six percent identified were made up of eight percent of the midlife women, ages 45-64, compared to only three percent of older women. (You can easily find the food addiction scale on line and test yourself.) Some of the questions include whether you eat much more of certain foods than you planned and whether you continue to eat certain foods when you’re no longer hungry.

The women in the Nurses’ Health study who met the criteria for food addiction were also more likely to be unmarried and not be current smokers. Researchers wrote that they suspected some of these women were former smokers who switched from nicotine addiction to food addiction.

The study also showed that while food addicted women tended to be overweight or obese, some average weight and even underweight women met the criteria as well. Food addiction also proved most prevalent in the South and Midwest.

Not surprisingly, the most "addictive" foods were those high in fat, sugar and salt, as well as processed foods. These seem to trigger the brain’s pleasure and reward centers through increases in the transmission of the feel-good chemical, dopamine.

Research on food addiction from the University of Georgia (UGA) suggests that it is characterized by the same kinds of impulsive and compulsive behavior that lead some people to abuse alcohol and other drugs, and that this impulsivity may also be an important contributor to an unhealthy relationship with food. James MacKillop, an associate professor of psychology at UGA and the study’s principal investigator, notes that "modern neuroscience has helped us understand how substances like drugs and alcohol co-opt areas of the brain that evolved to release dopamine and create a sense of happiness or satisfaction, and we now realize that certain types of food also hijack these brain circuits and lay the foundation for compulsive eating habits that are similar to drug addiction."

If you think you’re addicted to food, you can look for a 12-step program designed to help you address it, or find a mental health professional who deals with the problem. I’ve seen Food Addicts Anonymous and Food Addicts in Recovery Anonymous mentioned online.

In addition, you can try to control cravings by paying attention to what sets them off and then focusing your attention elsewhere. Hypnotherapy can help, too, and if stress is a factor, you should practice breathing techniques or progressive relaxation and try to get more exercise. In addition, mindfulness meditation has been shown to help reduce the frequency of compulsive binge eating in some individuals.