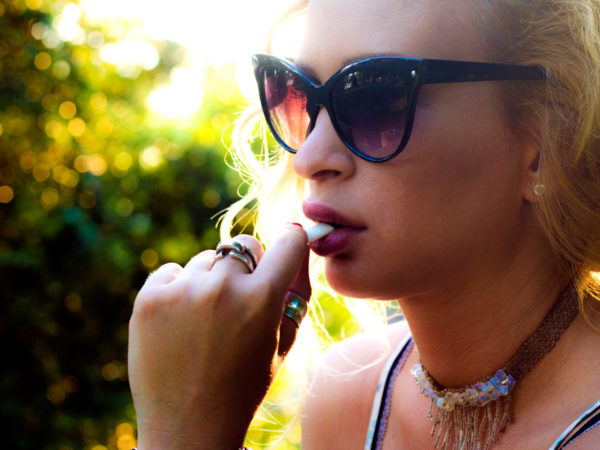 No. The only tobacco candy of which I’m aware looks like a breath mint but is a combination of tobacco and nicotine that is being marketed as a way to help smokers get through non-smoking situations (such as an airplane trip) – not as a way for them to quit. Although it tastes like candy, it contains 60 percent compressed tobacco powder and each “mint” would give you as much nicotine as you would get by smoking a cigarette.

Unfortunately, the U.S. Food and Drug Administration (FDA) ruled that it lacks authority to regulate the candies because it has no jurisdiction over tobacco. This is ironic because the FDA does have jurisdiction over nicotine and does regulate such smoking-cessation products as nicotine patches and gum.

The candy has created quite a controversy. A number of medical organizations ranging from the American Cancer Society to the American Society of Addiction Medicine petitioned the FDA to assert its authority to regulate this product. So did the attorney generals of 42 states, who warned that because the candy looks like breath mints, parents and teachers may not be able to tell when youngsters are using an “addictive and hazardous substance.” In April 2002 the FDA did bar the sale of nicotine lollipops and nicotine lip balm as unapproved drugs, but because the mint candy contains tobacco in addition to nicotine, the agency ruled that it is a form of smokeless tobacco, which it said it has no power to regulate.

Any “candy” that contains nicotine and tobacco – especially in quantities designed to keep smokers from the pangs of nicotine withdrawal on long airplane trips – isn’t something you want to use to wean yourself away from cigarettes. And it certainly isn’t something children should have the opportunity to mistake for a harmless breath mint.