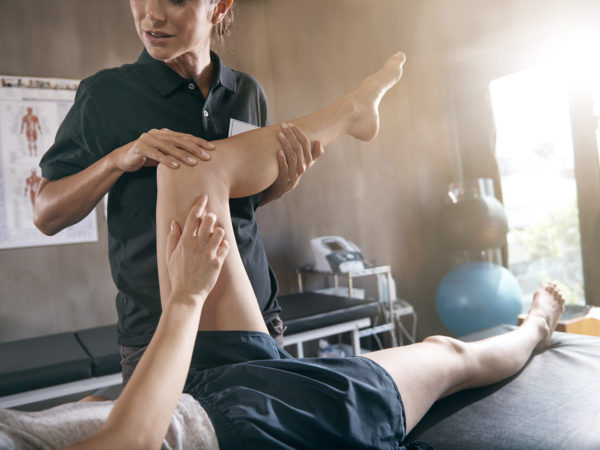 What is Feldenkrais?
The Feldenkrais Method is named after its originator, Dr. Moshe Feldenkrais, D.Sc. (1904-1984), a Russian-born physicist, judo expert, mechanical engineer and educator. Upon suffering a serious knee injury, Feldenkrais was faced with a 50 percent chance for recovery and possible long-term confinement to a wheelchair. Unsatisfied with the prognosis and conventional treatments available, he developed a program of therapeutic movement and began teaching it to others. The Feldenkrais Method is based on the principles of physics and biomechanics, an empirical understanding of human physiology and the connection between mind and body.

Practitioners use gentle movement and directed attention with the aim of increasing ease and range of motion, improving flexibility and coordination and ultimately rediscovering an innate capacity for graceful, efficient movement.

What is Feldenkrais used for?
The Feldenkrais Method claims to be successful in training the nervous system to find new pathways around areas of damage. While frequently used to help ease stress and tension, the Feldenkrais Method has demonstrated success in the rehabilitation of stroke victims and others suffering from neurological injuries (brain tumors, head trauma, multiple sclerosis and ataxia) that cause disordered movement or a lack of coordination.

Patients with orthopedic problems in bones and joints can use the Feldenkrais Method to assist in correcting poor posture or habits of movement that may cause pain. Movement therapies like Feldenkrais can also benefit people who suffer from distorted body images that contribute to eating disorders and other psychiatric conditions such as depression and anxiety. The exercises can re-educate the brain and nervous system to develop new ways of moving and perceiving the body, as well as elevating mood and increasing overall feelings of well-being.

What should one expect on a visit to a practitioner of Feldenkrais?
Feldenkrais work is done either in groups or with individuals. Group sessions, called Awareness Through Movement (ATM), involve verbal instruction by a Feldenkrais teacher who leads a series of movements with clients sitting, lying on the floor, or standing. A lesson generally lasts from 30 to 60 minutes and consists of comfortable, easy movements that gradually evolve into body positions with a greater range and complexity. The emphasis is on learning which movements work better functionally and noticing the quality of positive changes in the body. Many of these movements are based on ordinary functional activities that occur during normal human development (reaching, standing, lying to sitting, looking behind yourself, etc.), whereas some are based on more abstract explorations of joint, muscle, and postural dynamics. There are hundreds of ATM lessons, varying in difficulty and complexity, available for all levels of ability.

Individualized sessions – known as Functional Integration (FI) – are performed with the student fully clothed, usually lying on a table or in a seated or standing position. At times, various props (pillows, rollers, blankets) may used to support posture or facilitate movements in patients who have limitations. Through gentle touch and a series of guided movements, a practitioner will develop lessons that are tailored to a patient’s unique structural needs with the goal of expanding flexibility and coordination.

Are there any side effects or indications where Feldenkrais should be avoided?
Because this method is gentle, non-invasive and does not force individuals through any movement they cannot do, there are very few if any instances where it should be avoided. Intense pain, recent burns, active infection or skin irritation that make any movement difficult will prompt a practitioner to postpone a session until the condition subsides.

Is there a governing body that oversees or credentials practitioners in Feldenkrais?
The International Feldenkrais Federation (IFF) is the coordinating organization encompassing most of the Feldenkrais Guilds and Associations and other key Feldenkrais professional organizations worldwide. Training programs in the U.S. are certified by the Feldenkrais Guild of North America (FGNA) and generally last three to four years, during which practitioners must complete 750 to 800 hours of instruction and patient care.  Continued education in the form of apprenticeships, workshops and annual conferences is available through IFF and the FGNA.

Trainees participate in ATM and FI lessons, lectures, discussions, group process and videos of Dr. Feldenkrais teaching. Eventually students teach these classes under direct supervision.  Graduation is based on completion of coursework, full attendance and participation in all training sessions and successful faculty evaluations. Upon completion of requirements, graduates are authorized to teach ATM classes and offer Functional Integration as a Guild Certified Feldenkrais PractitionerCM and Guild Certified Feldenkrais Teacher.®

Are there other alternative therapies that might work well in conjunction with Feldenkrais?
Several methods of bodywork that focus on the musculoskeletal system – including massage, manual manipulation, and acupuncture – can often be used in conjunction with the Feldenkrais method to augment flexibility of movement, especially when chronic pain is involved. Movement therapies that improve balance and help prevent falls, such as yoga, tai chi or qigong, can also be used with Feldenkrais to help regulate and coordinate movement within the nervous system.

On the conventional side, physical and occupational therapy can strengthen and stretch muscles and increase stamina. Biking and swimming are better choices than walking or jogging, which can stress already fragile muscles and joints. Ankle braces and other orthopedic devices can help provide support and stability during sessions and then be discontinued when appropriate.

What is Dr. Weil’s view regarding Feldenkrais?
Dr. Weil often recommends trying the Feldenkrais Method for the treatment of any kind of neurological injury or insult, especially since it claims success in training the nervous system in developing and utilizing new pathways around areas of damage. Feldenkrais has specifically demonstrated success in helping to rehabilitate stroke victims. It is also effective with head injuries and other neurological conditions such as cerebral palsy and multiple sclerosis. Feldenkrais can be an effective part of an integrative-medicine approach to any painful condition from degenerative arthritis to fibromyalgia. Because it can help a person feel more comfortable within his or her body, Dr. Weil also feels that Feldenkrais can be an effective adjunct to psychotherapy and the treatment of mood disorders.