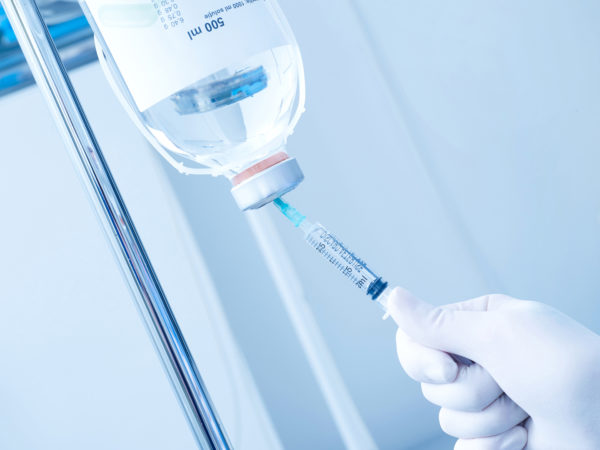 What is chelation therapy?

Chelation therapy (pronounced key-LAY-shun) is treatment used in conventional medicine for removing heavy metals (including mercury) from the blood. It involves intravenous injections of a chelating agent, EDTA (ethylene diamine tetra-acetic acid), a synthetic amino acid. EDTA binds to heavy metals and minerals in the blood so that they can be excreted in the urine. Another intravenous agent used by some physicians for mercury detoxification is called DMPS (2,3-Dimercapto-1-propanesulfonic acid).

An oral chelating agent called Succimer (Dimercaptosuccinic acid, also known as DMSA) is FDA-approved for treatment of lead poisoning and is used by some physicians to remove mercury from the body. The drug combines with metals in the bloodstream and then both the metals and the drug are removed from the body by the kidneys and then excreted. Common side effects include diarrhea, loose stools, nausea and vomiting, poor appetite and skin rash.

What is chelation therapy used for?
Chelation therapy is most often used to treat heavy metal poisoning. However because EDTA can reduce the amount of calcium in the bloodstream, and because calcium is found within the plaque that can line diseased blood vessels, some health practitioners claim that chelation can be used to treat atherosclerosis (hardening of the arteries) by reopening arteries clogged with plaque. They maintain that using chelation for this purpose is an effective and less expensive alternative to coronary artery bypass surgery, angioplasty, and other conventional medical treatments.

In addition, some of these practitioners claim that chelation therapy can successfully treat such disorders as peripheral vascular disease, Alzheimer’s disease, multiple sclerosis, amyotrophic lateral sclerosis, autism and other serious medical problems. Some of these practitioners use hair analysis or other scientifically unproven tests to diagnose “poisoning” with lead, mercury or other heavy metals, but only rarely are the results to be trusted.

The following theories have been advanced to support claims that chelation therapy successfully treats heart disease and other disorders. None has been tested and proved worthwhile by scientific studies:

Despite the lack of scientific proof that chelation therapy can effectively treat problems other than proven heavy metal poisoning, the 2007 National Health Interview Survey, conducted by the Centers for Disease Control and Prevention, found that 111,000 adults 18 years of age and older used chelation therapy as a form of complementary or alternative medicine in the previous 12 months.

Are there any side effects or conditions where this therapy should be avoided?
The most common side effect of chelation therapy is a burning sensation at the site where the EDTA is injected into the vein. Rarely, side effects can include fever, headache, nausea, and vomiting. Serious and potentially fatal side effects, which are very rare, include heart failure; a sudden drop in blood pressure; abnormally low blood levels of calcium; permanent kidney damage; and bone marrow depression (meaning that blood cell counts fall). Infrequently, reversible kidney injury has been reported. Other serious side effects can occur if EDTA is not administered by a trained health professional.

How does one get in touch with a practitioner of chelation therapy?
The best way to find an experienced practitioner is to contact the American Board of Clinical Medicine Toxicology in Chicago. Note that chelation therapy remains controversial, usually is not covered by health insurance and can be very expensive.

What is Dr. Weil’s view of chelation therapy?
Dr. Weil views chelation therapy as appropriate treatment for proven lead poisoning and the removal of toxic levels of other heavy metals from the body, in keeping with the conventional medical usage. However, he is skeptical of claims that chelation therapy is an effective treatment for cardiovascular disease and the many other conditions for which it is promoted. Dr. Weil believes that opting for chelation therapy for heart disease or other serious medical problems can be harmful if it results in the delay of scientifically proven medical treatments, and does not recommend such use.