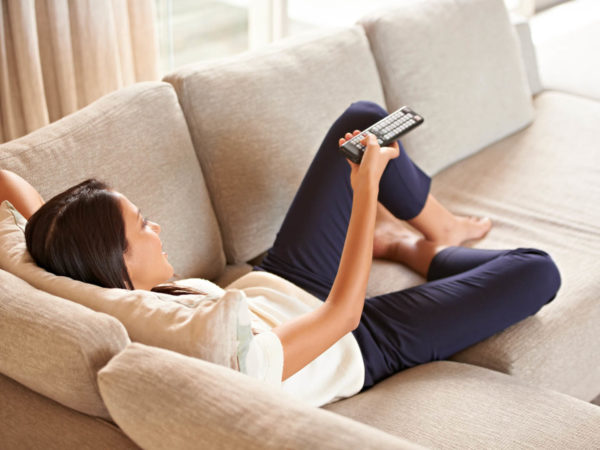 Binge-watching TV seems to be a relatively new cultural phenomenon that may or may not amount to an addiction – it hasn’t been widely studied. Most people regard it as a way to catch up on a series by watching all or some of a whole season’s episodes in a single sitting. A New York Times article on binge- watching published in January 2013 attributed the phenomenon to changes that have taken place in television itself. These include the ability of viewers to watch programs when they choose, thanks to digital video recorders (DVRs), video-on-demand and streaming websites, innovations that the Times likened to the introduction of supermarkets that gave food shoppers “a panoply of new choices.”

The one study I found on the subject was performed by researchers at the University of Texas at Austin, who questioned 316 people between the ages of 18 and 29 about their TV-viewing habits and their moods. The researchers reported that those most likely to binge-watch were lonely and depressed, and were attempting to distract themselves from negative feelings. The study also found that binge-watchers were more likely to be people who lacked self-control.

In a press release that accompanied the study, researcher Yoon Hi Sung said that “physical fatigue and problems such as obesity and other health problems are related to binge-watching, and they are a cause for concern. When binge-watching becomes rampant, viewers may start to neglect their work and their relationships with others. Even though people know they should not, they have difficulty resisting the desire to watch episodes continuously.”

An article published in the February 18, 2014 issue of the Atlantic, noted that “despite its increased prominence … there’s never really been a good, single working definition of what binge-watching actually is.” The article reports on a Netflix survey concluding that binge-watching means consuming a minimum of two episodes in one sitting, with a session average of 2.3 episodes.

That seems modest. Other reports indicate binge sessions lasting way beyond two episodes. In an March 21, 2011 Washington Post article on binge-watching on college campuses, one student reported watching 49 episodes of Lost in two weeks – 3.4 episodes per day on average – while another watched 120 episodes of How I Met Your Mother in four weeks: about 4.3 episodes each day.

Unfortunately, modern life offers us many ways to become obsessed by glowing screens. Binge-watching is just one – others include marathon video-game sessions, sending hundreds of texts daily, or simply randomly “surfing” from one website to the next as the hours roll by.

It may indeed be convenient to be able to catch up on your favorite TV shows at your leisure. But binge-watching that goes on for hours is probably not the healthiest way to spend your time, even if it has not yet been officially classified as addictive.

Source:
Yoon Hi Sung, Eun Yeon Kang and Wei-Na Lee, “A Bad Habit for Your Health? An Exploration of Psychological Factors for Binge-Watching Behavior,” to be presented at the 65th Annual International Communication Association Conference, San Juan, Puerto Rico, 21-25 May 2015.