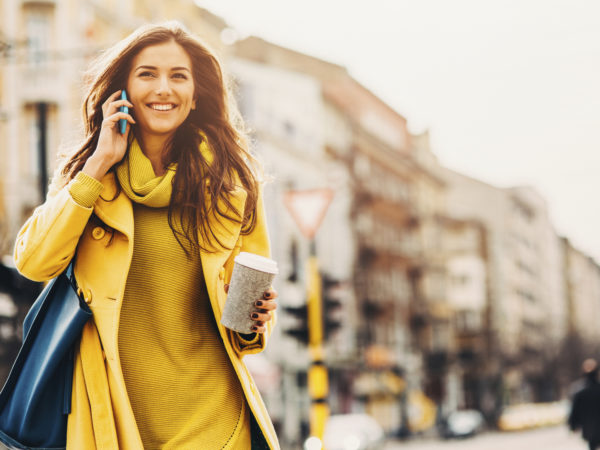 “Smartphone face” sounds like a joke, but apparently some plastic surgeons are offering procedures to shore up the sagging necks and softening chins that they associate with habitually gazing down at these devices. In 2012, the American Society of Plastic Surgeons (ASPS) reported that chin augmentation had become the fastest growing trend in plastic surgery, sparked, in part, “by increased usage of video chat technology, an aging baby boomer population, and a desire for success in the workplace.” The ASPS also reported that chin augmentation increased more than breast augmentation, injections of Botox® and liposuction combined in 2011 and that the procedure dramatically increased among “both women and men, as well as in all patients over the age of 20, with the largest increase seen in patients age 40 or older.” In an ASPS press release, the organization’s president, Malcolm Z. Roth, M.D., explained that the chin and jawline “are among the first areas to show signs of aging. People are considering chin augmentation as a way to restore their youthful look just like a facelift or eyelid surgery. We also know that as more people see themselves on video chat technology, they may notice that their jawline is not as sharp as they want it to be. Chin implants can make a dramatic difference.”

I’ve read that the term “smartphone face” was coined by Dr. Mervyn Patterson, a British cosmetic surgeon, to describe a combination of sagging jowls, double chin, and “marionette lines,” the vertical creases that run from the corners of the mouth towards the chin. Patterson told the London Evening Standard that “if you sit for hours with your head bent slightly forward, staring at your iPhone or laptop screen, you may shorten the neck muscles and increase the gravitational pull on the jowl area, leading to a drooping jawline.” This sagging is said to be most noticeable in photos you take of yourself with your phone or during video-chats on portable devices.

While it’s true that many people now do spend much time gazing at laptop screens and smartphones, for centuries humans looked down while reading books, and I don’t remember reading being blamed for sagging necks and softening chins. The difference today is that we are much more likely to confront the appearance of our chins and sagging necks when we see ourselves in cell phone photos or in videos (a different picture than the one you’re likely to see when putting your best face forward in front of a mirror). Smartphones and video chats may be taking the heat for these changes, but Mother Nature is probably more to blame than our technological toys. In her very funny book of essays, I Feel Bad about My Neck, the late Nora Ephron wrote: “Our faces are lies and our necks are the truth.”

Bottom line: giving a catchy name to inevitable age-related chin and neck changes seems to have created a market for pricey surgical fixes.