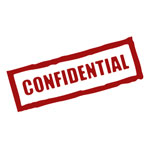 Yes, I am aware of the outrageous efforts in some states to make it a crime for photographers and videographers to document instances of animal cruelty on factory farms and to bar media use of any of the images captured. Fortunately, publicity about this type of legislation has led to the failure of three such attempted measures, in Minnesota, Florida and Iowa. However, at this writing "ag-gag" legislation is still pending in New York and possibly elsewhere.

According to the Humane Society of the U.S., some proposed laws were so broad that mere possession of videos or photos of animal abuse could become a criminal offense. Not surprisingly, there’s little public support for these laws, at least not when the public finds out what’s up. New York Times columnist Mark Bittman, who has been reporting on this issue, wrote that a poll in Iowa showed that only 21 percent of the public supported the state’s proposed ag-gag law. Bittman also noted that the only federal laws pertaining to animal cruelty apply to slaughterhouses, where animals may spend only a very short time, not to the farms where animals are raised and their treatment regulated only by state laws.

During an interview on National Public Radio in May of  2011, Paul Shapiro, director of the Farm Animal Protection Campaign of the Humane Society of the U.S. (HSUS), said that the proposed laws are "really a response to the numerous exposés" of animal cruelty by groups like the Humane Society of the U.S. and others. He added that "the agribusiness industry’s response…has not been to try to prevent or root out…animal cruelty, but…to prevent Americans from finding out about that cruelty in the first place."

Apart from the appalling treatment of farm animals that animal protection groups have documented, there is also the question of the safety of the food supply. In 2008, a HSUS hidden camera exposed the treatment of "downer" cows – those too sick or injured to stand – at a Southern California slaughter house. The video showed the cows being dragged by chains, pushed with bulldozers and in some instances jabbed in the eyes. This investigation led to the recall of 143 million pounds of meat due to the food safety concerns exposed.

Most people don’t like to think that the steak on their plates comes from a once-living animal, let alone about how farm animals are treated before slaughter. But we all should care about any efforts to keep us in the dark about the abuse of animals on factory farms. You can learn more at the Farm Animal Protection page of the HSUS website, and at Mercy for Animals.