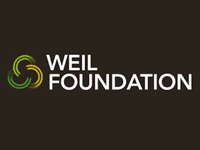 In March of 2015, the Weil Foundation, a nonprofit agency that makes grants to advance integrative medicine through education and research, reached a milestone – since its founding in 2005, it has distributed $5 million in total awards.

“This is cause for celebration,” said Andrew Weil, M.D., who serves as the organization’s chair. “It is deeply satisfying to see integrative medicine assume a growing role in American medical care, and to know that the Foundation’s funding efforts have contributed to that growth.”

Integrative medicine, a term Dr. Weil popularized, combines conventional Western medical practices with scientifically validated treatments that are sometimes called alternative or complementary, such as nutritional medicine, acupuncture, and mind/body therapies. It also emphasizes treating the whole person rather than just the disease, and fostering an active partnership between the physician and patient in both prevention and treatment.

Most of the Weil Foundation’s grants have been awarded to medical schools, teaching hospitals and residency programs, and it’s the latter that has made the biggest positive impact, said James Dalen, M.D., the Foundation’s executive director.

“If you want to change how medicine is practiced, you have to change the experience of being a resident,” he said. ” With support from the Weil Foundation, we now have Integrative Medicine in Residency programs in family medicine, pediatrics, and most recently in obstetrics/gynecology. In that three or four year residency period, you can really influence the way that physician will practice medicine for the rest of his or her career.”

The Weil Foundation board reviews grant applications on a regular basis, and awards about $500,000 annually. The Foundation receives most of its funding from licensing arrangements between Weil Lifestyle, a company based in Tempe, Ariz., and product manufacturers, including Origins Natural Resources Inc. Dr. Weil donates all of his after-tax profits from royalties from sales of these licensed products directly to the Weil Foundation.

“We also receive donations directly from individuals and corporations to the Weil Foundation, and I hope that this can become a more significant percentage of its overall funding in the future,” said Dr. Weil. “Anyone who is interested in reforming American medicine to focus on creating and maintaining health – rather than on managing disease – should consider donating to the Foundation to further its important work.”

Dr. Weil is a world-renowned leader and pioneer in the field of integrative medicine, a healing oriented approach to health care which encompasses body, mind, and spirit.

Combining a Harvard education and a lifetime of practicing natural and preventive medicine, Dr. Weil is the founder and director of the Arizona Center for Integrative Medicine at the University of Arizona Health Sciences Center, where he is also a Clinical Professor of Medicine and Professor of Public Health and the Lovell-Jones Professor of Integrative Rheumatology. Dr. Weil received both his medical degree and his undergraduate AB degree in biology (botany) from Harvard University.

Dr. Weil is an internationally-recognized expert for his views on leading a healthy lifestyle, his philosophy of healthy aging, and his critique of the future of medicine and health care. Approximately 10 million copies of Dr. Weil’s books have been sold, including True Food, Spontaneous Happiness, Spontaneous Healing, 8 Weeks to Optimum Health, Eating Well for Optimum Health, The Healthy Kitchen, Healthy Aging, and Why Our Health Matters.

Dr. Weil has also partnered with restaurateur Sam Fox to open a series of True Food Kitchen restaurants in California and Arizona focusing on making healthy eating a flavorful and satisfying experience.

Online, he is the editorial director of drweil.com, the leading web resource for healthy living based on the philosophy of integrative medicine. He can be found on Facebook at facebook.com/DrWeil, Twitter at twitter.com/DrWeil, and Dr. Weil’s Daily Health Tips blog at drweilblog.com.

He authors the popular “Self Healing” special publications. As a columnist for Prevention magazine and a frequent guest on Oprah, Dr. Oz and the Today Show, Dr. Weil provides valuable information and insight on how to incorporate conventional and complementary medicine practices in one’s life to optimize the body’s natural healing power.

He completed his residency in Internal Medicine at Boston City Hospital and the New England Medical Center. After a fellowship in Cardiology at Harvard’s Peter Bent Brigham Hospital, he was on the faculty of Harvard Medical School from 1967-1975, where he was Associate Professor of Medicine.

Dr. Dalen has been a member of the University of Arizona faculty since 1988. He served as Dean of the College of Medicine from 1988 to 2001, and Vice President for Health Sciences from 1995 to 2001. During his tenure as Dean and Vice President, the College of Public Health, The Arizona Center for Integrative Medicine and the Arizona Telemedicine Program were established. Successful fund raising led to the establishment of new research facilities including the Children’s Research Center, The Sarver Heart Center, The Arizona Arthritis Center and a major expansion of the Arizona Cancer Center.

In 2010, Dr. Dalen was awarded the Harvard School of Public Health’s highest honor for its graduates: the Alumni Award of Merit.  In 2013, he was awarded an honorary degree from the University of Massachusetts in recognition of his contributions to medical education.