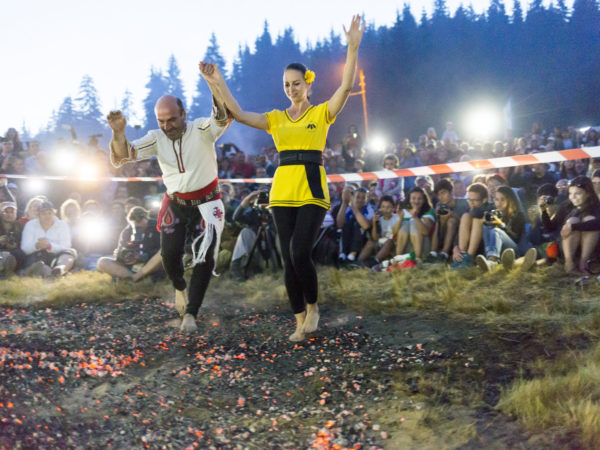 Firewalking is an ancient practice, although no one seems to know just how old it is or where it began. It apparently has been practiced for centuries by shamans, priests, and ordinary folk, as a religious ritual and as a healing ceremony. Firewalkers walk barefoot over beds of red-hot coals, usually without getting burned. The practice became popular in this country when Tolly Burkan introduced it in 1977. Burkan, a Californian on the mend after his cervical spine was crushed when he was hit by a car, was immediately hooked by what he felt was the transformative nature of firewalking and determined to teach it to others.

Burkan sees firewalking as a technique for personal growth and believes that “knowing how it works can bring you better health and increased personal power.” He maintains that firewalking demonstrates how our thoughts impact everything else in our lives and that thoughts change brain chemistry and body function. In other words: if you can walk on hot coals and not burn your feet, your mind must have a powerful influence over your body. Firewalking is wonderful example of the mind-body connection at work, and a means of demonstrating that we do have control over the process.

Over the years a number of skeptics have come up with various theories about why firewalkers don’t get burned, but the fact is that some people do get burned while others don’t. I’ve done firewalks myself, both with Tolly Burkan and with personal power guru Tony Robbins, and my experience has convinced me that the only variable is the mind set of the firewalker, which is strongly influenced by the group energy.

I once did a 40-foot walk over an extremely hot bed of coals without experiencing any burns or even any sensation of heat. (The coals just felt crunchy.) This was in a large group with Tony Robbins, where everyone got very charged dancing to African drums, chanting, and engaging in other rituals. On another occasion I got burned attempting a mere six-foot walk over cooler coals. On that occasion, there were no exciting rituals, no charismatic leader, and only a small group of not-very-bonded individuals.

The coal beds used for firewalks are usually between eight and 12 feet long and range from 1,200 to 1,500 degrees Fahrenheit, hot enough to cause third degree burns. If you’re really interested in this, I recommend seeking out classes conducted by Certified F.I.R.E. Instructors. You can get information about certification and more information about firewalking from Tolly Burkan’s Web site: www.firewalking.com. Bear in mind that even with the best training there is a risk of being burned. But if you succeed, you’ll join the ranks of millions of firewalkers who have been empowered by the experience.