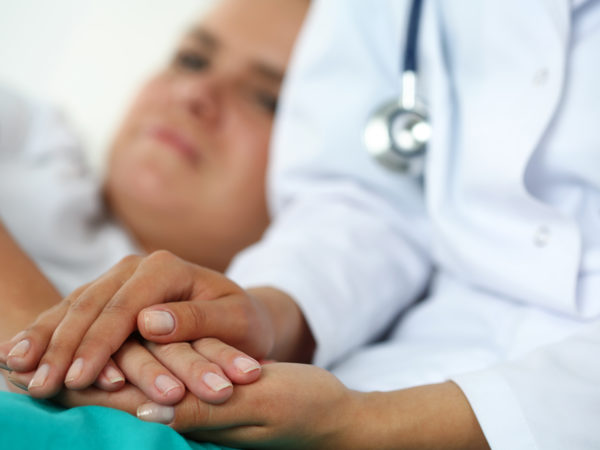 Dying is not a popular subject – apart from its inevitability, many of us don’t give it much serious thought until we have no other choice. In her compelling new book Being with Dying: Cultivating Compassion and Fearlessness in the Presence of Death, (Shambala, 2008) Joan Halifax, a Buddhist priest and anthropologist has made death and dying her life’s work.

Halifax’ first encounter with death came when her beloved grandmother fell ill, first from cancer and then from a stroke. She was put into a nursing home to die among others who were dying. Afterward, Halifax realized that much of her grandmother’s unhappiness in her final days had been rooted in the family’s fear of death. She resolved then to practice being there for others as they lay dying.

Over the next years, she recognized the fear and loneliness that dying people experienced and “the shame and guilt that touched physicians, nurses, dying people, and families as the waves of death overtook life.

“I sensed that spiritual care could reduce fear, stress, the need for certain medications and expensive interventions, lawsuits and the time doctors and nurses must spend reassuring people, as well as benefit professional and family caregivers, helping them to come to terms with suffering, death, loss, grief and meaning,” she writes. In 1994, she founded the Project on Being with Dying in Santa Fe, NM, which has trained hundreds of healthcare professionals in the contemplative care of dying people.

Early in her book, Halifax asks readers to explore their thoughts about dying by writing down the best-case and worst-case scenarios for their own deaths. Among the thousands of responses she has received to these questions over the years, only a few people said they wanted to die in a hospital or nursing home. “Dying painlessly and with spiritual support and a sense of meaning was considered to be the best of all possible worlds,” Halifax reports.

Later, she writes that the big mistake caregivers make when tending the dying is to believe that that their practical skills are all they have to give. More important, she says, are sharing spiritual practice or prayer, silence and simple presence.

Halifax’ book is written from a Buddhist perspective, complete with meditations at the end of each chapter. It is laced with vivid anecdotes about her own experiences – with the Dalai Lama, with her teachers, friends, Zen priests – and stories that illustrate Buddha’s teachings. Sometimes, her examples of caregiving are a little murky: she writes of visiting the hospital room of a man who survived hypothermia and frostbite. He was recovering well but was depressed and irritable. “I met his unhappiness with affectionate joy, and within minutes saw that he seemed to have been “infected” by my state of mind,” writes Halifax.

Here, she leaves readers wondering exactly how she expressed her “affectionate joy” – what did she say or do that had such a dramatic effect? How did she project her feelings of affectionate joy so that they communicated so effectively to the patient?

Sooner or later, all of us will meet death, much as we would rather not (Halifax includes Woody Allen’s famous quip: “I’m not afraid of death. I just don’t want to be there when it happens.”) Most of us are too busy living to focus much on death – but even if we’re not “there” when it happens to us, chances are at some point prior we’ll have to deal with dying secondhand, when a dear friend or relative needs care. In “Being with Dying,” Halifax shows us how to treat others with as much compassion, care and love as we would want for ourselves.