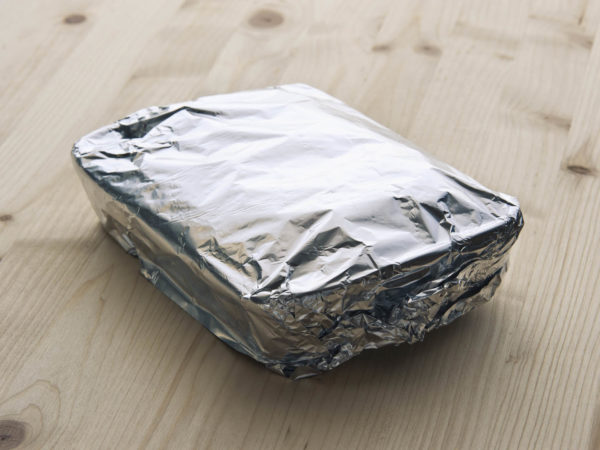 You might be referring to a book called Mindless Eating: Why We Eat More Than We Think, by Brian Wansink, Ph.D., the director of Cornell University’s Food and Brand Lab, who has spent his career looking into the subtle influences on how Americans eat. His studies have shown that the average person makes about 250 decisions about food every day and that most people don’t have a clue as to what influences their choices. Sometimes, the cues are as obvious as serving size – the more you’re served, the more you eat – but we also take cues about eating from dining companions: Dr. Wansink writes that people tend to eat more than 20 percent more (or less) depending on how much others at the table are eating.

For one of his studies, Dr. Wansink devised a “bottomless” soup bowl (rigged up with insulated tubing that drew soup from a hidden pot). The device kept soup bowls about half full no matter how much his study subjects ate. He wanted to know whether visual cues or feeling full would make people stop eating. He found that those who were served soup in normal bowls ate about nine ounces, while those who got the “bottomless” bowls ate 15 ounces (and more!) and some didn’t stop until the 20-minute experiment ended.

Wansink says that simple awareness of such cues as serving size, your surroundings or eating companions and other subtle and not-so-subtle cues can be the path to weight loss. Here are some of the tricks he suggests:

Dr. Wansink seems to have an intriguing fix on why so many people eat so much. Who wants to think that they’ve been tricked into overeating by subtle cues? In a sense, he is recommending what I’ve been advocating for years – that it is important to be mindful of what and why we eat. To me, eating mindfully means slowing down, expressing gratitude for the food we are eating, paying attention to feelings of fullness and focusing on why we eat instead of what we eat. It certainly wouldn’t hurt to explore the subtle cues that guide our behavior around food.