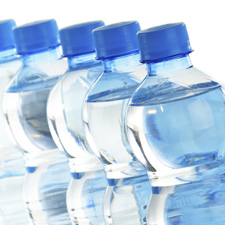 I believe you’re referring to findings from a three-year international study. The investigation involved scientists from 28 countries who examined whether low doses of 85 common chemicals not considered carcinogenic can still play a role in environmentally influenced cancers. Among the chemicals studied were bisphenol A (BPA), used in plastic food and beverage containers; rotenone, an insecticide; paraquat, an agricultural herbicide; and triclosan, an antibacterial agent used in soaps and cosmetics.

What’s particularly interesting and important about this study is that it looked at how these chemicals can act alone or in combination to increase the risk of human cancer. Unhappily, we don’t know much – if anything – about the human health effects of most of the thousands of chemicals we are all exposed to daily. Of the more than 80,000 chemicals used in consumer products, the Environmental Protection Agency (EPA) has reviewed only a few hundred for safety. What’s more, previous studies evaluating chemicals traditionally have focused on a single substance and a single mode of action in the body, an approach that may underestimate cancer risk.

The international research team looked at evidence of the biological activity of the chemicals under review compared to 11 known cancer "hallmarks" – distinctive patterns of cellular and genetic disruption related to early development of tumors. Results showed that 50 of the chemicals studied had been shown to disrupt functioning of cells in ways associated with early patterns of cancer, even at the low levels most people encounter.

In a press release describing the findings, one of the researchers, William Bisson of Oregon State University, explained how some of the chemicals studied might act together to increase cancer activity. He noted that EDTA, a metal-ion binding compound used in manufacturing and medicine, interferes with the body’s repair of damaged genes. While EDTA itself doesn’t cause genetic mutations, Dr. Bisson said, "If you’re exposed to it along with some substance that is mutagenic, it enhances the effect because it disrupts DNA repair, a key layer of cancer defense."

The publication of these findings comes as Congress is considering reform of the Toxic Substances Control Act passed in 1976 and not updated since then. In June (2015) the House of Representatives passed a bill that environmental activists view as seriously flawed in that – among other shortcomings – it does not provide a means for the Environmental Protection Agency to quickly review the most dangerous chemicals in consumer products.

The bill is now under consideration in the Senate, but as the New York Times reported in June 2015, the measure would require the EPA "to start reviewing the toxicity of 64,000 unregulated chemicals, but at a pace of about 10 chemicals per year," rather than the hundreds per year required by the original reform bill that Senator Frank Lautenberg (D-NJ) began working on about 10 years ago; Lautenberg died in 2013. Worse, as now written, the bill would not allow states to enact tougher rules.

You can make your views known by writing to your Senators.