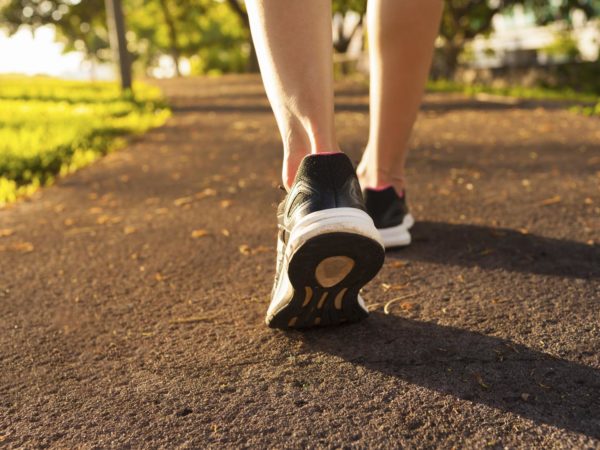 “Cooling down” generally refers to a period of low-intensity exertion following a strenuous workout. It used to be recommended in order to help purge lactate from muscles in order to reduce or prevent soreness the next day. We now know that lactate has nothing to do with muscle soreness, so that rationale for an after-exercise cool-down no longer holds. In fact, a 2007 study showed that a half an hour’s backward walk on an inclined treadmill – an exercise that simulates walking downhill and is known to cause muscle soreness – left study participants who did a cool-down (walking uphill on an inclined treadmill) afterward just as sore two days later as participants in a control group. Those who reported the least muscle soreness were in a group that had done a 10-minute warm up (walking uphill on a treadmill) prior to walking backward downhill.

The current rationale for performing a cool-down concerns blood pooling. During an intense workout, blood vessels in the legs expand and blood can pool there if you stop exercising abruptly. This pooling can cause a sudden, unsafe drop in blood pressure, resulting in dizziness or fainting.

Dan Bornstein, assistant professor of exercise science, Department of Health, Exercise, and Sport Science, The Citadel, tells me that a proper cool-down can help prevent blood pooling. At a minimum, he says, it should include five to 10 minutes of light-intensity aerobic activity such as walking, slow jogging, or cycling, during which you gradually decrease the intensity of the exercise. Dr. Bornstein also says that your cool down could include a series of gentle static stretches if desired. These could include a quadriceps stretch, a hamstring/calf stretch, a chest and arm stretch and a neck, upper back, and shoulder stretch. You can find illustrations of these stretches online.

On its website, the American College of Sports Medicine notes that participants in studies of cool-downs involved athletes or active adults, while in the general population, “many apparently healthy adults may have heart disease, or other undiagnosed conditions which make an active cool-down beneficial. A cool-down can reduce the possible occurrence of lightheadedness, musculoskeletal issues, abnormal heart rhythms and cardiac arrest.”

If you’re new to exercise, a medical check-up is a good idea before you undertake a vigorous workout. And adopting a routine with a post-exercise cool-down is certainly worth considering.