A Workout In Four Minutes 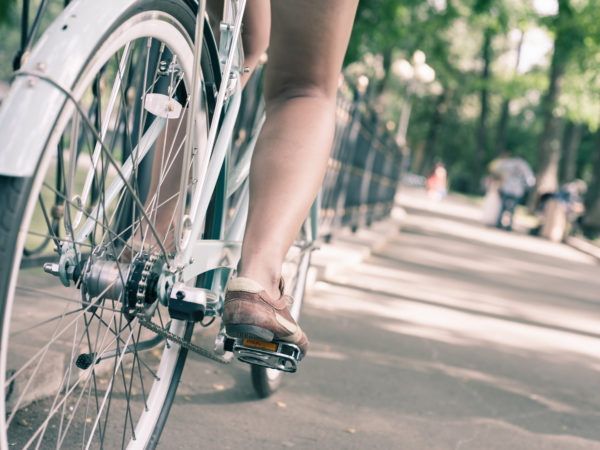 If your typical excuse for not exercising is a lack of time, you may need a new one. Research has shown that even a four-minute workout – or one that requires as little as seven minutes of your time three times a week – does the same job as 30 minutes of exercise three or more days per week. They key is giving the short workout maximal effort and repeating it several times, which is why it is called High Intensity Interval Training, or HIIT.

The first study showing that HIIT can make you fit quickly came from Canada’s McMaster University. Physiologist Martin Gibala Ph.D. and his team found that three-minute intervals on a stationary bike – 30 seconds of intense pedaling followed by a brief rest, repeated five or six times – led to the same muscle-cell adaptations as a bike ride lasting much longer, an hour and a half to two hours.

The next year, Dr. Gibala’s group reported that HIIT worked better for fat-burning than did conventional aerobics. Participants in this study were divided into two teams. One did 20 weeks of conventional aerobics while the other did 15 weeks of HIIT. The first group burned 48 percent more calories per session than the HIIT group, but those in the HIIT group burned 900 percent more fat over the 15 weeks than the first group burned in 20 weeks.

Since then, more and more studies have shown that HIIT can match the effects of longer, more leisurely workouts if you’re willing to push yourself really, really hard for a few minutes a few times a week.

In an article in the American College of Sports’ Medicine Journal’s May 2013 issue, performance coach Brett Klika and exercise physiologist Chris Jordan described how you can cram a combination of aerobic exercise and resistance training into seven minutes using your body weight instead of machines or free weights. The only piece of equipment you need for this High Intensity Circuit Training (HICT) is a chair (to step up on).

Seven minutes may seem like an impossibly short time to commit to a useful workout, but HIIT and HICT aren’t easy. You would have to be pretty fit to get through the tough seven minutes, let alone repeat the exercise sequence two or three times as the article suggests. Mr. Jordan told The New York Times that even the bare minimum of seven minutes of HICT are not pleasant – on a one to 10 discomfort scale, he figures you’re likely to be at an eight for most of the time (the rests between exercises with this plan last for only 10 seconds).

As for that four-minute workout, the idea comes from Norway where researchers tackled the question of how little time you need to devote to working out for fitness and health. First, they developed a four-minute workout to be performed at 90 percent of study participants’ maximum heart rate. Initially, this had to be repeated four times with a three-minute rest in between each interval. But since the researchers knew that time-consuming workouts aren’t very popular, they recruited 26 overweight and sedentary but otherwise healthy mid-life men and divided them into two groups. One group did the 16-minute workout (four repetitions of the research team’s original four-minute workout) at 90 percent of maximal heart rate three times a week for 10 weeks. The other men did only a single four-minute run (at 90 percent of maximal heart rate) three times a week. The men in both groups made the same fitness gains including lower blood pressure and better blood sugar levels and a 10 percent improvement in endurance capacity.

The latest study on this subject is aimed at regular people (as opposed to those who relish punishing interval training) who want to prevent weight gain. Researchers at the University of Utah determined that each minute of high intensity activity lowers the risk of obesity by five percent for women and two percent for men. That intense activity should equal 2,020 counts per minute of exercise as measured by a gadget called an accelerometer or the equivalent of walking at three miles per hour.

Is it right for you? While HIIT and its variants may deliver the same health and fitness benefits as longer workouts, a 30-minute daily bike ride or walk is far more attractive to some people. Less-intense exercise may also be the only option for those with health issues such as joint pain or impaired heart or lung function.

The bottom line is that HIIT is a faster, but not necessarily better way to get and stay in shape. If it appeals and you have no health issues preventing it, give it a try – but if you have any doubts at all about your ability to safely perform high-intensity workouts, be sure to consult your physician first.