How We Can Help Men Live Longer Lives 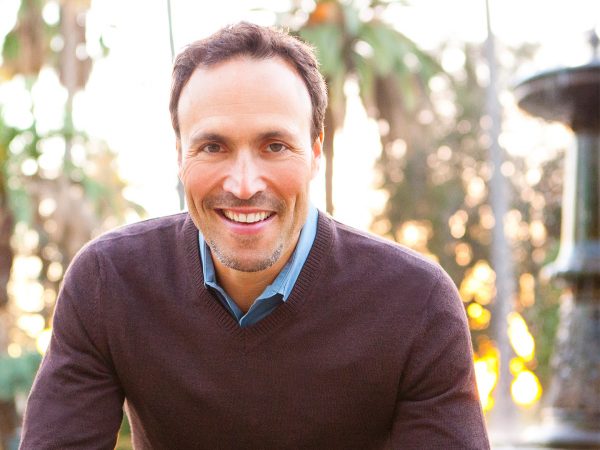 By Myles Spar, M.D. – The recent difference in impact of COVID-19 between men and women, with men being more likely to get seriously ill and to die of the virus than women, has highlighted a greater fact about the difference in life expectancy between the genders. We take it for granted that women live longer than men. This is the case in over 98 percent of countries in the world. In the United States, average life expectancy is almost five years longer for women than for men (76.3 years for men vs. 81.1 years for women).[i] Almost five years! Why? Why is it that for every major cause of mortality that affects both men and women, men die faster?

Are men genetically programmed to die sooner than women? Is it determined in our genes that men develop cancer and heart disease more often than women? No. Men have a 60 percent higher chance of developing cancer and a 40 percent higher chance of dying from cancer than women, even when you leave out gender-specific cancers like breast, cervical, and prostate cancers. In fact, men have an increased risk of mortality, both cancer-related and non-cancer-related, at all ages. Of the top ten causes of death in the United States, men are winning in nine of them.

This difference in lifespan between men and women has been relatively unexamined because it has been assumed to be based on biology. But this does not appear to be the case. For one, the extent of the gender gap in life expectancy changes across time and across countries. In the United States, the gap has been narrowing, from 7.8 years in 1979 to 4.8 years in 2011. If the gender gap were encoded in our genes, it would not be changing so much over time. The change is thought to be due to women increasingly taking on stresses and habits that used to affect mostly men, such as smoking, drinking alcohol, and working outside the home, while men are still less likely to lead a health-promoting lifestyle. Clearly there is more to the gender gap than our genes.

Perhaps masculinity itself is killing men. It seems that doctor avoidance, risk-taking behavior, and stress may be the best explanations for the gender gap. It is true that men just don’t go to the doctor. Men are twice as likely as women to say they do not have a usual source of healthcare, and men attend half as many preventive care visits. This means there are only half as many opportunities to screen men for high blood pressure, obesity, high cholesterol, high blood sugar, substance abuse, cigarette smoking, depression, and anxiety. Not identifying such risks means fewer chances to intervene in a disease process before it results in a heart attack, a stroke, diabetes, or cancer.

Male gender roles may play a part in making men feel that they should deal with symptoms or illness on their own. Just as men typically won’t ask for directions when lost, they may feel it is not “masculine” to seek help for potentially serious medical symptoms. But it is not all us guys’ fault—too often, the visit to our healthcare practitioner is perfunctory and unrevealing. The typical annual physical is unlikely to be beneficial, as has been shown by the U.S. Preventive Services Task Force. Some healthcare providers, such as myself, are offering more impactful prevention-oriented annual exams, but most are just not changing the way they do yearly checkups. Still, to the extent that higher mortality can be explained by avoidance of the healthcare system, it is important to make resources available that are more relevant, impactful, and accessible to men.

As I write about in my book, Optimal Men’s Health, there is a need for an approach to men’s health that addresses a man’s specific concerns, such as sexual function, prostate issues, avoidance of heart disease, and maintaining healthy weight and optimal performance, in a way that is responsive, approachable, and thorough. A precision prevention model that focuses on working with men to help them achieve their goals by facilitating optimal health does just that.

What does a precision prevention approach look like? It is essentially an integrative medicine model, which uses science-based methods, focuses on prevention and the influence of lifestyle on health, and is open to new and cutting-edge paradigms, combining conventional therapies with complementary and alternative therapies while seeking natural and safer health solutions individualized to the goals of each patient. This book takes such an approach, which involves the use of the most advanced assessments of a patient’s current state of health and risks for future health problems, including genetic and other predictive testing.[ii]

Just as important, it starts with a man’s goals rather than merely his chief complaints. After all, health is the most significant influence on whether or not a man is optimally positioned to achieve his goals, such as performance at work, in bed, in the gym, or in the boardroom. In other words, most men respond better to recommendations around health behaviors that will help specifically with whatever goals matter to them, rather than an abstract goal of wellness. Specific goals that optimal health can foster might include being more energetic, being more “on” at work, being more sexually confident, looking better, or being a better father—so why not focus on such goals rather than a general concept of health solely for health’s sake? It’s much more motivating. When those goals are coupled with personalized risk assessments, the recommendations you get are much more likely to have an impact.

What Does He Want His Health For?

The tools of optimal health incorporate an integrative approach. There are 8 key levers that can be used to varying degrees to personalize a plan most likely to help a man achieve his goals.

The key is to pick ONE lever that is most likely to have the greatest inpact on a man’s goals, make a specific plan with metrics to tweak an aspect of that lever, and keep track of the outcomes that matter most. This system of starting with one pertinent change, measuring the change and monitoring the impact can be a powerful tool in getting men engaged and ultimately living healthier, longer lives.

[ii] “Precision medicine” is a newer term frequently associated with treatment of serious illness, such as cancer, utilizing a personalized approach that targets therapies at an individual’s unique cancer type. However, precision medicine can also be used as a prevention technique, incorporating an assessment of unique health risks based on personal health history, current lifestyle, and genetic testing and involving the development of a personalized plan for disease prevention and optimal health maintenance.