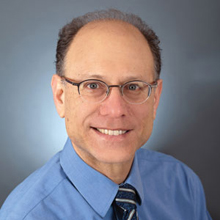 David S. Ludwig, MD, PhD explores the reasons why some people are always hungry in his latest book: Always Hungry?

Virtually all weight loss recommendations from the U.S. government and professional nutritional organizations rest on the notion that “a calorie is a calorie” – a strategy with appealing simplicity. “Just eat less and move more,” they say. “Consume fewer calories than you burn off, and you’ll lose weight.” There’s just one problem:

This advice doesn’t work – not for most people over the long term. Obesity rates remain at historic highs, despite an incessant focus on calorie balance by the government, professional health associations, and the food industry (witness the “100 calorie pack”). Furthermore, the customary method to reduce calorie consumption since the 1970s, a low-fat diet, has failed miserably.

Although the focus on calorie balance rarely produces weight loss, it regularly causes suffering. If all calories are alike, then there are no “bad foods,” and the onus is on us to exert self-control. This view blames people with excess weight (who are presumed to lack knowledge, discipline, or willpower) – absolving the food industry of responsibility for aggressively marketing junk food and the government for ineffective dietary guidance.

All too often, people hear the message, “It’s your fault that you’re fat” – as if they could simply will away the extra weight. In a sense, being heavy has become prime evidence of a weakness of character, provoking prejudice and stigmatization.

The “calorie is a calorie” concept also has prompted development of some patently bizarre products, such as “low-fat” candy, cookies, and salad dressings, typically containing more sugar than the original full-fat versions. Are we really to believe that, for someone on a diet, a cup of cola with 100 calories would make a better snack than a one ounce serving of nuts containing almost 200 calories?

New research has revealed the flaws in this way of thinking. Recent studies show that highly processed carbohydrates adversely affect metabolism and body weight in ways that can’t be explained by their calorie content alone. Conversely, nuts, olive oil, and dark chocolate – some of the most calorie-dense foods in existence – appear to prevent obesity, diabetes, and heart disease!

Over the last few years, we seem to have been moving toward the tipping point, with reputable scientists acknowledging the previously unthinkable possibility that all calories aren’t alike.

FOCUS ON THE FAT CELL
Just as food is much more than the calories and nutrients necessary for survival, so are fat cells much more than passive storage sites for excess calories. Fat cells take in or release calories only when instructed to do so by external signals – and the master control is insulin. Too much insulin causes weight gain, whereas too little causes weight loss. So if we think about obesity as a disorder involving fat cells, then a radically different view emerges:

Overeating doesn’t make us fat. The process of becoming fat makes us overeat.

In other words, hunger and overeating are the consequences of an underlying problem. Though this proposition sounds radical, consider what happens in pregnancy. The fetus doesn’t grow because the mother eats more; she eats more because the fetus is growing. With pregnancy, this is normal and healthy. With obesity, it’s not.

Something has triggered fat cells to suck up and store too many calories from the blood. Consequently, fewer calories are available to fuel the energy needs of the body. Perceiving a problem, the brain unleashes the starvation response, including measures to increase calorie intake (hunger) and save energy (slower metabolism). Eating more solves this “energy crisis” but also accelerates weight gain. Cutting calories reverses the weight gain temporarily, but inevitably increases hunger and slows metabolism even more.

One obvious source of the problem is highly processed carbohydrates – the bread, breakfast cereals, crackers, chips, cakes, cookies, candy, and sugary drinks that flooded our diets during the low-fat era. Anything containing primarily refined grains, potato products, or concentrated sugar digests rapidly, raising insulin levels excessively and programming fat cells to hoard calories. But refined carbohydrates aren’t the only problem. Other aspects of our highly processed diet and elements of our modern lifestyle – including stress, sleep deprivation, and sedentary habits – have forced fat cells into calorie-storage overdrive.

Fortunately, these negative effects are reversible.

TAKE BACK CONTROL
The conventional calorie balance approach fails because it’s focused on the wrong target. The fundamental problem isn’t having too many calories in the body; it’s having too few in the right place, circulating in the bloodstream and available for our immediate needs. Highly processed carbohydrates overstimulate fat cells, driving them into a frenzy. They become greedy and consume more than their fair share of calories.

Sure, we can cut back our calories for a while. But further limiting the calories available to the body actually makes matters worse. Before long, our bodies rebel against enforced deprivation. It’s not a matter of willpower so much as biology and time. Eventually, we succumb and overeat, typically on all the wrong foods, fueling a vicious cycle of weight gain.

The solution is to make a truce with our fat cells, help them calm down, and convince them to cooperate with the rest of the body. The way to do this is by changing what we eat, not how much. Here’s the basic strategy:

Think of this plan as obedience training for your fat cells. I’ll show you how to do it, step by step, in Always Hungry?

David S. Ludwig, MD, PhD, is a practicing endocrinologist and researcher at Boston Children’s Hospital, Professor of Pediatrics at Harvard Medical School, and Professor or Nutrition at Harvard School of Public Health.