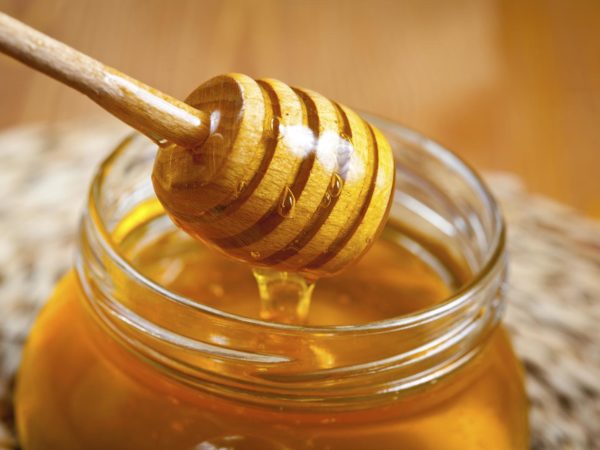 Honey may contain Clostridium botulinum spores that can germinate and multiply when ingested and produce the toxin that causes botulism, a rare but serious gastrointestinal condition. Babies are most vulnerable to this infection between the ages of six weeks and six months, but it can occur earlier and up to the age of one. For this reason, parents should avoid exposing babies to honey until they’re at least one year old. Other foods (and beverages) don’t pose a risk – hundreds have been tested with negative results. Breast-feeding mothers who have eaten honey needn’t worry that they can transmit botulism to their babies via breast milk. That can’t happen.

Despite the risk honey can present, most cases of infant botulism today appear to stem from contaminated soil. Babies can swallow microscopic dust particles containing the spores. In the U.S. this risk is greatest in Pennsylvania, Utah and California, where C. botulinum spore counts in soil are high. The greatest risk of exposure is near construction and agricultural sites or other places where soil has been disturbed.

The first symptoms of infant botulism often include constipation, weakness, floppy movement, trouble sucking or feeding, a weak cry, sagging or closed eyelids, lethargy and loss of head control. If you see any of these changes, be sure to seek immediate medical help – call 911 or take your baby to the emergency room. Treatment is with botulism immune globulin given intravenously. Babies do have to be hospitalized for treatment and must be watched carefully for breathing problems. If infant botulism is diagnosed and treated promptly, most babies make a full recovery, although this can take several weeks to months.

Symptoms of food-borne botulism generally begin 18 to 36 hours after eating a contaminated food, although the CDC notes that they can begin as soon as 6 hours after or up to 10 days later. Symptoms include double or blurred vision, drooping eyelids, slurred speech, trouble swallowing, a thick-feeling tongue, dry mouth and muscle weakness. They stem from muscle paralysis caused by the toxin and can progress to cause paralysis of muscles used in breathing as well as those in the arms, legs and trunk. Diagnosis may require a variety of tests including a brain scan, spinal fluid examination, nerve and muscle function tests, and a test to rule out myasthenia gravis, an autoimmune disease marked by muscle weakness and fatigue. Treatment is with an antitoxin to prevent further nerve damage and, if necessary, a ventilator to maintain breathing. Hospitalization for weeks or longer may be necessary in severe cases.

Fortunately, both infant and food-borne botulism are rare in the U.S. these days.